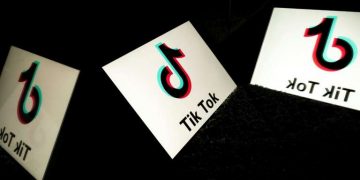 Pakistan Telecommunication Authority (PTA) said Monday said it had received assurances from TikTok that the company will "block all accounts repeatedly involved in spreading obscenity and immorality". October 20 (AFP) – Pakistan said Monday it would lift a recent ban on the video-sharing app TikTok after assurances that “immoral” content would be blocked.

The Chinese-owned platform, which is wildly popular among the country’s youth, was banned earlier this month over what authorities in the ultra-conservative Islamic country deemed “immoral, obscene and vulgar” content.

But the Pakistan Telecommunication Authority (PTA) said Monday said it had received assurances from TikTok that the company will “block all accounts repeatedly involved in spreading obscenity and immorality”.

It warned, however, that it would be banned permanently if it failed to moderate posts.

TikTok said it in a statement it had committed to enforcing “community guidelines and complying with local laws” but did not comment on what morality or decency standards it had agreed to.

But freedom of speech advocates have long criticised the creeping government censorship and control of Pakistan’s internet and printed and electronic media.

Owned by China’s ByteDance, TikTok has also faced increasing controversy over how it collects and uses data although it has repeatedly denied sharing user information with Chinese authorities.

Officials in the United States have accused it of being a national security risk and President Donald Trump has said he wants it taken out of Chinese hands.

In Pakistan –- a close ally of China -– no privacy concerns have been raised.

Neighbouring India has already banned the app, along with dozens of other Chinese mobile platforms.