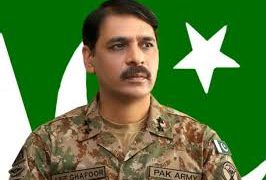 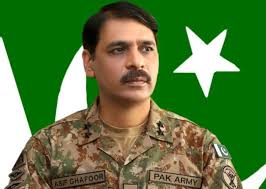 Islamabad, February 27 (Dawn): The Pakistan military spokesman has claimed that two Indian pilots had been arrested within Pakistan-held territory in Kashmir. But officials rule out use of nuclear weapons saying it is “insane” to even consider it.

“Our ground forces arrested two pilots; one of them was injured and has been shifted to CMH [Combined Military Hospital] and, God-willing, he will be taken care of,” said the army official.

“The other one is with us.”

“Today’s action was in self defense; we do not want to claim any victory. The way we set out target and made sure that there were no collateral damage — the in-built message was that despite out capability, we look towards peace,” said the army spokesperson.

“Today morning, Pakistan Air Force engaged six targets at the Line of Control (LoC). Because we are a responsible state and want peace, we decided that we will not use any military target.

“As a result of engaging our target, no human life was affected. Staying within our jurisdiction, six targets were locked. And we carried out the strike,” said the army spokesperson.

“Pakistan is not pushing the environment towards war,” he made it clear, adding that Pakistan deliberately and thoughtfully avoided escalation.

“If that were the case [that Pakistan wanted to escalate], we could have easily engaged the [military] targets, which our air force had locked. That would have resulted in human casualties and collateral damage as well.

“We [instead] engaged a nearby open space where there were no human lives or military posts. We deliberately avoided the escalation. We only wanted to demonstrate that we could have easily taken the original target, which was their administrative setup and military post. But we did not do that,” he reiterated.”

The military spokesperson also rubbished reports that a PAF F-16 had been shot down inside occupied Kashmir.

“Indian media was saying that they shot down a Pakistani F-16. Firstly, Pakistan did not use F-16s in the entire action and there is no news that a Pakistan plane was downed,” he said.

The spokesperson also publicly announced the closure of the Pakistani airspace.

“The airspace is closed due to the [security] environment,” he said.

Insane To Talk of Nuclear Strike

Regarding the upcoming meeting of the National Command Authority and potential use of nuclear weapons, the DG said: “I have always said that we must not talk about this [a nuclear strike]. It is insane to talk about this. It is a capability and a weapon of political choice. Neither is this our level nor is this a topic that should be talked about.”

“Pakistan’s response is actually not a retaliation,” he again clarified. “It is the demonstration of our capability, capacity and will. We stayed within the domain of responsibility as a state that has the potential [to respond].

“We don’t want to escalate the situation. It is up to India now if they [choose to] go for the way that we have suggested and which is the requirement of this region: peace. But it is understood that if aggression is imposed on us, then we will respond. But that will be under compulsion,” he added.