Nasser Al Khater, chief executive of FIFA World Cup 2022, said although alcohol is not part of the country's culture, hospitality is when asked about the issue surrounding accessibility of alcohol for visiting fans. 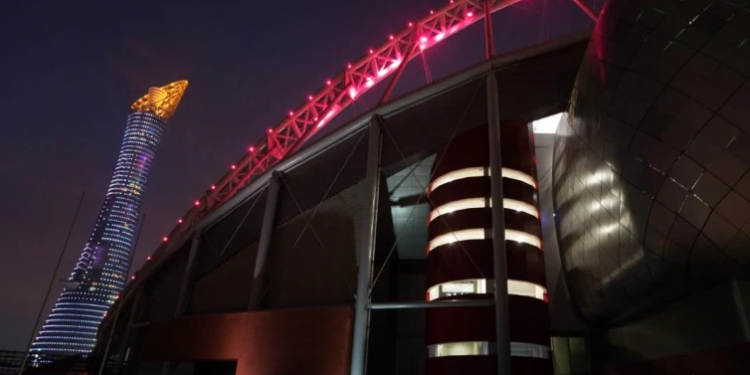 September 27 (Reuters) – Qatar wants to make alcohol accessible for visiting fans when it hosts the 2022 World Cup and will use cruise ships to ensure it can accommodate an expected one million visitors, the head of the organising committee told reporters on Thursday.

Nasser Al Khater, chief executive of the 2022 World Cup, also promised that fans from Bahrain, Saudi Arabia, United Arab Emirates and Egypt, countries currently boycotting the Gulf state, would not be barred. The four have accused Qatar of supporting terrorism, which it denies.

Qatar was the surprise winner of the race to hold the tournament in a vote in 2010 and is by far the smallest country in size ever to have hosted the event, raising questions as to how it will manage the influx of fans and whether supporters will be able to let their hair down.

“Qatar is a conservative country, it’s a modest country, alcohol is not part of our culture however hospitality is,” Al Khater told a group of reporters.

“For the World Cup, we want to make sure (alcohol) is accessible for fans that travel from abroad that want to have a drink while they are here, so we want to find designated locations for fans to have alcohol other than the traditional places.”

Until now, FIFA and local organisers have said only that they had not reached an agreement on whether alcohol would be served in stadiums or fan zones.

Al Khater said the country of 2.7 million would also consider lowering the price — currently around $15 for a half litre of beer.

“The issue of the cost of alcohol is something that is being discussed right now,” he said. “We recognise there is an issue with price.”

Alcohol in Qatar can only be bought and consumed in a handful of hotels while visitors cannot import it into the country. Being drunk in a public place is socially unacceptable.

In January, Qatar added a 100 percent alcohol tax that increased prices but then lowered them around 20 to 30 percent.

Asked how Qataris might react to all-day drinking and rowdy behaviour by visiting fans, Al Khater said: “I don’t think it risks alienating Qataris as long as the right formula is found.” He added that security forces needed to find a “delicate way” to cope with anti-social behaviour.

They would be trained to “make sure that things which are culturally different are seen in the (context) that what might be acceptable to an England fan might not be acceptable here, to make sure we bridge that gap,” he said.

Al Khater said homosexuals had nothing to fear in a country where homosexual acts are strictly prohibited, although the law is rarely enforced.

“Public displays of affection are frowned upon here but that applies to everyone,” he said. “I would like to assure any fan of any gender orientation, religion or race to rest assured that Qatar is one of the safest countries in the world and that they will all be welcomed here.”

Although he did not see a high risk of hooliganism, Al Khater said having the fans of all 32 teams in a small area could lead to altercations, adding that Qatar was looking at “unique accommodation solutions” including cruise ships and fan villages in the desert.

Qatar still views the tournament as a “World Cup for this region” despite the blockade which has made travel to the country more difficult and pushed air fares up.

Of the four countries boycotting Qatar, the teams of Saudi Arabia and Egypt are the most likely to qualify.

“We have no issues welcoming fans from blockading countries, they are welcome to come now and they will be welcome to come in 2022,” Al Khater said. “I hope by then that situation would have been resolved.”