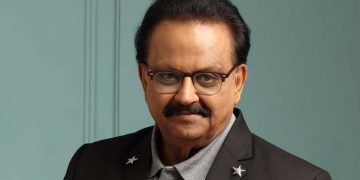 September 25 (IndiaTV) – Noted veteran playback singer S P Balasubrahmanyam passed away at the age of 74 on Friday. The veteran singer’s health deteriorated on Thursday evening. The veteran singer had been put on maximal life support. The doctors at the hospital had released an official statement mentioning that the health condition of the popular singer worsened on Wednesday, September 23. The statement added that the singer is extremely critical and need close monitoring of his health.

“Thiru SP Balasubrahmanyam who had been admitted at MGM Healthcare on August 5th, remains on ECMO and other life support measures. His condition in the last 24 hours has deteriorated further warranting maximal life support and he is extremely critical. The team of experts at MGM Healthcare are closely monitoring his health condition,” read the official statement

On Aug 5, in a Facebook post, the 74-year-old SPB said he was suffering from a very mild attack of coronavirus and got himself hospitalized to take rest. He said though the doctors had advised him to stay at home and take rest, he decided to be in a hospital as at home his family members would be very much concerned. He had hoped to be discharged from the hospital in two days.

The hospital released an official statement that read, “There has been a setback in the health of Thiru SP Balasubrahmanyam who had been admitted at MGM Healthcare for symptoms for Covid-19 since 5th August 2020. In a late night development on 13th August 2020, his condition had deteriorated and based on the advice of the expert medical team attending him, he has been moved to the Intensive Care Unit (ICU) and he is on life support and his condition remains critical.”

The Bollywood buffs remember him well for his evergreen songs in films like ‘Ek Duuje Ke Liye,’ ‘Maine Pyar Kiya,’ ‘Hum Aapke Hain Koun..!’ and ‘Hum Saath-Saath Hain.’ He was an exceptional artist whose career spanned more than five decades.

BBC adds: From romantic hits to popular dance tracks, he sang some of Indian cinema’s best-known numbers, spanning 16 languages. He was hailed as a singing sensation despite his marked southern accent and became the ‘singing voice’ for Bollywood superstars such as Salman Khan.

Born in 1946 into a middle class family from Nellore in Andhra Pradesh, Balasubrahmanyam broke many social norms despite his traditional upbringing. Although his father was a devotional singer, Balasubrahmanyam did not go through the rigours of learning classical music which was a norm at most homes. Instead, he moved to the big city of Madras (now called Chennai) as a young man and formed a band with his friends. It included Ilaiyaraaja, who would go on to become an acclaimed music composer, as the guitarist and others who played harmonica and percussion.

Balasubrahmanyam dropped out from engineering studies in college to take up singing after he was talent-spotted at a music competition by local film music composers. “I planned to be an engineer. Then music turned the course of my life. I realised not to plan and let things play out for me,” he said in an interview.

Balasubrahmanyam’s first major breakthrough in southern films came when he sang for Tamil superstar MG Ramachandran in a 1969 film Adimai Penn.”Singing for a superstar like him changed how the Tamil film world looked at me,” he told an interviewer once.

Working in four southern Indian language film industries kept Balasubrahmanyam busy through the 1970s until the end of the last decade. He became the highest-paid singer in southern India. Balasubrahmanyam hopped from one music studio to another, recording as many as three new songs every day for more than two decades. At the height of his popularity. he once spent 17 hours in a single day recording songs for different composers. In 1981, Balasubrahmanyam created a record by recording 21 new songs in the Kannada language from morning until night for a film music composer.

When Bollywood demanded work of him, he would fly to Mumbai, record Hindi songs for films and return to Chennai in the evening. In 1992, he recorded some memorable romantic numbers for Oscar-winning composer AR Rahman for the blockbuster hit, Roja.

His versatile voice lent itself to romantic and classical songs. He was also a flamboyant yodeller and sang bouncy dance tracks. “Balasubrahmanyam is a phenomenon. He has a fine voice which always sings true. He has a deep awareness and a basic feel for aesthetics of film music. Adding to all this is a raging enthusiasm; a respect for the art, which is his profession, and an open mind,” critic VAK Ranga Rao once said.

At the height of Balasubrahmanyam’s fame, love letters, written in blood by his fans, would fill his mailbox.

Indian musicians usually don’t smoke because they believe it ruins their singing voices; and many professional singers say they do not drink cold water or eat ice-creams.

But Balasubrahmanyam never hid his smoking habits or his love for an iced drink. When he asked for a chilled soft drink before moving into the recording booth, it would cause quite a stir in the studio. “I want to stop singing the day I feel cannot,” he told an interviewer once.