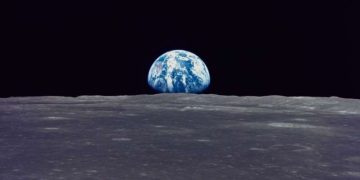 NASA has chosen Nokia to build a 4G network on the moon as part of the space agency's Artemis programme, which aims to establish a sustainable human presence there. October 20 (Sky News) – The Finnish company will build the technology which will be integrated into NASA’s lunar landers and used for remote control, as well as streaming high-definition videos.

The Artemis programme, named after the mythological sister of Apollo, the first moon mission’s namesake, aims to take the first woman and the next man taken to the lunar surface by 2024.

SpaceX and Blue Origin have been given the nod to develop the new lunar landers which will take the astronauts to the surface of the moon from orbit.

The private spaceflight companies, owned by Elon Musk and Jeff Bezos, will develop competing systems in parallel, alongside a third company called Dynetics, but NASA will eventually choose one.

NASA intends to establish a “Lunar Gateway” outpost which will be orbiting the moon by the mid 2020s, and then lunar landers to deliver cargo to the surface by the late 2020s.

Nokia said its technology would be used to provide connectivity for “any activity that astronauts need to carry out”, from “voice and video communications capabilities” through to the “deployment and control of robotic and sensor payloads”.

The company’s chief technology officer, Marcus Weldon, said: “We are now building the first ever cellular communications network on the moon.

Nokia’s lunar network is a little different from what it uses on Earth, primarily because the kit itself needs to be able to “withstand the harsh conditions of the launch and lunar landing, and to operate in the extreme conditions of space”.

But, other than that, it will be normal 4G, including a base station, radio antennas, and user equipment – although it isn’t clear how different this equipment is going to be from normal smartphones.