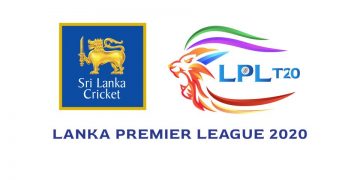 Colombo, October 22 (newsin.asia) –  “The Lanka Premier League (LPL) is a tournament that will position Sri Lanka on the global sports map and has already attracted the attention of local and international sports spectators and the media,” wrote Sri Lanka’s Minister Youth Affairs and Sports Mr Namal Rajapaksa in his personal blog. He further added that he is ‘confident that this tournament will build the country’s sports economy and set the stage for exposing the talents of Sri Lanka’s young athletes to the international arena’.

Mr Rajapaksa, from his handle @RajapaksaNamal, also tweeted the link to the blog under the headline – Lanka Premier League 2020: Recognizing the talents of local players, the journey towards a strong sports economy begins… The Sports Minister tagged @MoYS_SriLanka, @OfficialSLC, @tourismlk, @ICC and @ICCMediaComms.

The Minister also wrote that the government will extend all possible support to make LPL an annual sports property of Sri Lanka much on the lines of the Indian Premier League (IPL) in India.

“Following the success of the Indian Premier League (IPL), the possibility of holding such a tournament in Sri Lanka was much talked about for many years but unfortunately, it didn’t happen. But now, the Sri Lanka Cricket (SLC) and the Ministry of Youth and Sports have been in discussions for weeks to make this tournament a reality as it is essential for the future of Sri Lankan cricket.

The tournament will bring more international attention and recognition to our young athletes and such a highly competitive tournament will not only enhance entertainment but also make a significant contribution to the sports economy as well as the economy of the country.

This tournament will be a strong foundation to strengthen the sports tourism industry which has been severely affected by the global epidemic of Corona. As the Minister of Sports, I look forward to giving my full support to Sri Lanka Cricket (SLC) through my Ministry to make Lanka Premier League T20 tournament the premier annual tournament in the country,” Rajapaksa wrote.

IPG CEO Mr Anil Mohan said, “It is extremely heartwarming to see Mr Namal Rajapaksa, the Sports Minister of Sri Lanka, extend his overwhelming support to the Lanka Premier League. We at IPG are committed to create a world-class league with LPL and with the support of the Sri Lankan Government and SLC, I am confident that we will be able to take LPL to newer heights.”

SLC VP and LPL Tournament Director Mr Ravin Wickramaratne said, “The Government support is very important for a tournament of this stature to succeed, and on behalf of Sri Lanka Cricket, I wish to thank the Honorable Minister for his continuous support towards the LPL.”