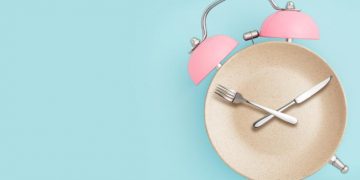 Intermittent fasting was the most Googled diet in 2019

Intermittent fasting was the most Googled diet in 2019

by Editor
in Around The World, Health, Lifestyle
Reading Time: 3 mins read
3 0 New Delhi, December 28 (www.healthshots.com) – The year 2019 is almost done and dusted, and we are all set to step into the New Year.

By the way, have you realised yet that an entire decade has come to an end? And if you look back, you’ll realise that this decade was ruled by a number of healthy eating trends. No points for guessing which trend tops that list. Yes, we’re talking about intermittent fasting (IF).

Hell, a survey conducted by the International Food Information Council Foundation found that intermittent fasting was the most popular diet in 2019.

In fact, it has become synonymous with weight loss.

And this is how this dieting revolution began…
Back in 2006, a study published in the journal  Medical Hypotheses  claimed that doing alternate day fasting (which is one of the methods of IF) can increase your life expectancy.

Not just that, the study also talked vividly about the other benefits of intermittent fasting like weight loss and good heart health.

But the limelight shone on when the following episodes took place:

Episode 2: The documentary was followed by American journalist Kate Harrison’s book  The 5:2 Diet  based on her own diet experience.

Episode 3:  And then in 2016, a book titled  The Obesity Code  by Dr Jason Fung’s became the bestseller of the year.

All of them have one common thing in common: intermittent fasting. And this gave this dieting regime the star status that it enjoys today.

Intermittent fasting gives you the flexibility to do things your way
This is one of the biggest reasons why everyone is going gaga about this diet regime as it lets you customise your fast windows according to what suits you the best.

Intermittent fasting has it all: You can choose from short and sweet methods like 16:8 which is done on hourly basis or 5:2 which deals in days.

In fact, a study published in  The American Journal of Clinical Nutrition  claims that alternate day fasting has the power to reduce cancer risk as well.

Also, intermittent fasting acts as food for thought, literally! HOW? Well, that’s because it helps in enhancing brain function and also bolsters your resistance to stress, injury, and disease – claims a study published in 2018 in a journal  the Nature Reviews Neuroscience.

Want to know who all are there with you? Well, here you go…

Jennifer Aniston  told the UK outlets Radio Times that she practices 16:8 fasting. She said, “I do intermittent fasting, so there’s no food in the morning. I noticed a big difference in going without solid food for 16 hours.”

Kourtney Kardashian  on her app POOSH mentioned that for two to three months in the year 2017 she tried her hand with intermittent fasting and she would definitely do it again.

Alia Bhatt’s  nutritionist Dr. Siddhant Bhargava in an interview to Mid-Day talked about how a rigorous fasting regime helped Alia Bhatt in weight loss. She followed the 16:8 rule of IF.

Just like her, abalicious  Jacqueline Fernandez  is also an IF buff.

Bottom line is that IF rocks!
Leaving behind ketosis, Atkins, paleolithic, and almost every other diet, intermittent fasting has won the decade by leaps and bounds.

On all the fronts intermittent fasting has proven its metal and how. Do we need to say more?