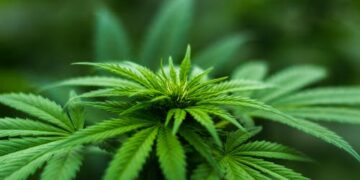 Global market for cannabis is booming

Global market for cannabis is booming Colombo, December 6 (Ceylon Today): The global market for cannabis and its products is booming, with many nations de-regulating the weed or lifting the ban on it. The UN Commission on Narcotic Drugs (UNCND) had reclassified cannabis as a “therapeutic product” in December 2020, facilitating this process.

Writing for the Trade Promotion Council of India website, the Indian trade specialist, Suhyl Abidi, says that the world market for cannabidiol (CBD), a chemical in cannabis, is projected to grow at the rate of 21.8% in terms of value, from US$ 5.49 billion (in 2019) to US$ 26.25 billion by 2027.

“This is primarily driven by the rise in the usage of CBD in medical applications, supplements, beverages and skincare. CBD products have been promoted for a wide range of health issues, such as anxiety, insomnia, drug addiction, and acne, among many others,” Abidi says.

Yes, a stigma has got attached to the use of hemp cannabis. But this is because it is confused with marijuana, which has a high content of Tetrahydrocannabinol (THC), Abidi says. Cannabis contains two psychoactive compounds Tetrahydrocannabinol (THC) and Cannabidiol (CBD). The high percentage of THC in marijuana is responsible for its use in getting “high”. Legal hemp must contain 0.3% THC or less, which is not adequate to get “high”, Abidi points out.

CBD is a cannabis derivative which is therapeutically important and it is sold in the form of gels, gummies, oils, supplements and extracts. Abidi  says that hemp seeds are known to be a “super-food” that can boost immunity.

The cannabidiol market is likely to witness significant R&D investment throughout the developed world. The first cannabidiol drug ‘Epidiolex’ has been approved by US Federal Drug Agency, validating some of cannabidiol’s therapeutic benefits.

A Craze in US

In 2019, for the first time, CBD became one of the 40 top-selling ingredients in US mainstream retail outlets. CBD sales totaled US$ 36 million, making it the 9th largest selling supplement ingredient. Sales of CBD increased by a remarkable 872.3% from 2018 to 2019 — the largest increase among top 40 ingredients in the mainstream, Abidi points out.

It is estimated that 64 million US adults had tried CBD in the previous two years. Among those surveyed, the most common reason for taking CBD was to relax and reduce stress/anxiety. Sixty-four percent rated CBD as “extremely or very effective”.

Abidi says that in the developing countries, governments should provide the right direction, policy and regulatory framework for the medicinal cannabis industry to flourish. The excessive regulatory stranglehold on the opium industry has steadily reduced the number of licensed cultivators which has considerably reduced exports, he points out. Citing the Indian example, he says: “India exported 98 tonnes in 2016. But in 2018 it came down to 48 tonnes, In 2019 it was down to 14 tonnes, as per ITC Trade Map data.”

When Rajitha Senarathna was Health Minister of Sri Lanka, Ayurvedic practitioners had told him that they were not getting good quality cannabis which is needed for their drugs. He had urged the licensed growing of cannabis.

Be that as it may, currently, the severely dollar-starved Sri Lanka needs to grow and export cannabis and its formulations to tap the burgeoning foreign market for these. As per the Central Bank of Sri Lanka, the country’s external debt increased to USD 50 billion in the second quarter of 2021 from US$ 47 billion in the first quarter of 2021. Its foreign reserves are now down to US$ 2.3 billion.

Against this background, on November 30, the Lankan Minister of Indigenous Medicine, Sisira Jayakody, told parliament that government has decided to bring a law within three months to allow the cultivation of cannabis both for the manufacture of medicines locally and for export.

“High quality medical cannabis can be used to treat cancer, neuro diseases, mental disorders, as a painkiller and also in the beauty culture industry. It can be used in the treatment of COVID. But it was banned when we were under British rule,” Jayakody said.

Earlier, President Gotabaya Rajapaksa had told a meeting in a rural area that he stood for the cultivation of cannabis for medicinal purposes as it is an ingredient in traditional Sri Lankan medicine. On October 7, 2020, Prime Minister Mahinda Rajapaksa had told parliament: “Our Government is considering requests for legalizing cannabis.”

However, the change of policy on cannabis could run into rough weather. As on date, dealing in cannabis is illegal in Sri Lanka. The government takes a tough stance on the possession and sale of the substance, with fines and prison sentences.

The law further says: “No person shall collect, prepare, process, sell or offer for sale, manufacture, store, obtain or have in his possession, distribute or use (a) any resin obtained from the hemp plant for the preparations or extracts from the hemp plant commonly known as bhang, hashish or ganja or any other preparation of which such resin forms apart.”

The medical fraternity also appears to be against it.   According to the Sri Lankan National Council of Mental Health (NCMH), cannabis “abuse” can cause severe psychological as well as sociological ill effects. “Cannabis use is associated with apathy, sedation, disinhibition. cognitive dysfunction and poor self-care. Cannabis use may also increase the risk of psychotic disorders and result in a poor prognosis for those with an established vulnerability to psychosis. Prevalence of cannabis use is higher among people with psychosis in our country,” the NCMH says. However, the NCMH does acknowledge the medical benefits of Cannabis-based preparations. This is because these are made as per strict Ayurvedic principles.

The Buddhist clergy’s response to the government’s proposal remains to be seen. There could be opponents, who the government would have to be manage. Perhaps the clergy would understand the government’s case as they too are keen on the survival of Ayurveda which needs cannabis.

Cannabis and its derivatives are banned in India under the Narcotic Drugs and Psychotropic Substances (NDPS) Act of 1985. However, India voted to de-criminalize cannabis in the UN Commission on Narcotic Drugs (UNCND) in December 2020. Therefore, action to decriminalize it in India is expected to follow.

Last year, Pakistan allowed the cultivation of cannabis as an export crop as that country is also strapped for dollars. Afghanistan will also follow as it is severely short of dollars because of the global boycott of the Taliban regime.

In Bangladesh, all narcotics, including marijuana, were declared illegal by the Narcotics Control Act, 1990. According to the Act, cultivation, production, processing, carrying, transportation, import, export, supply, purchase, sale, possession, preservation, warehousing, exhibition or use of any kind of narcotics including marijuana are illegal. But the Act permits manufacturing, processing, importing, exporting, supplying, buying and selling narcotics for any approved medicine or for undertaking any scientific research, provided these are done under license.

However, it is very unlikely that Bangladesh will allow cultivation of cannabis as a commercial crop as Prime Minister Sheikh Hasina has set her face against drugs, no matter how mild and harmless. Her government had gone on a killing spree to ruthlessly stamp out drug dealers.