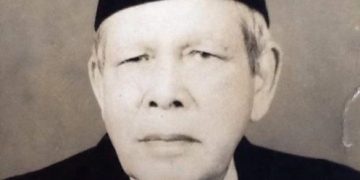 In contrast to the present era marked by the existence of independent Muslim parties, the earlier era was marked by integration with a national party - the United National Party (UNP) Colombo, September 22: Over the years, Muslim politics in Sri Lanka has been undergoing changes in terms of issues/concerns, organization, alliances, and of course, relations with other communities. There have been periods of consonance as well as the dissonance between the Muslims and other communities. There have been agreements as well as disagreements over perceived “national interests”. Muslim parties have been part of national parties and have also come out of them in pursuit of their specific interests. Down the years, Muslim political groups have arisen, grown and disappeared.

The saga of Muslim politics prior to the birth of the Sri Lanka Muslim Congress (SLMC) is told in an engaging way by Mohamed Hashim Amit, son-in-law and political secretary of the pioneering and iconic Lankan Muslim leader Dr.  Tuan Burhanuddin Jayah, in his autobiography: “A Tale of Two Eras: Life Sketch of M.H.Amit” (as told to A.H.M Azwer).

What comes through in the book is that, in contrast to the present era marked by the existence of independent Muslim parties, the era described in the book was marked by integration with a national party – the United National Party (UNP). Muslim groups pursued their community interests through the political avenue provided by the multi-ethnic UNP. In fact, Muslims had a hand in founding the UNP in 1946. When the Tamil member of the State Council S.Natesan proposed that the political party to be formed be named the ‘United National Party’, a Muslim Member of the State Council and leader of the All Ceylon Muslim League (ACML) Dr.T.B.Jayah seconded it. The foundation for national unity and integration was thus laid, says Azwer in his introduction to Amit’s autobiography.

Sinhala-Buddhist, Hindu and Islamic revival movements in Sri Lanka in the last part of the 19 th., and the early decades of the 20 th.,Centuries led to the founding of the Young Muslim Association in 1918. This was followed by the founding of the All Ceylon Muslim League (ACML) in 1923 by Dr.T.B.Jayah.

The use of the term “League” in ACML shows the impact of contemporary developments in neighbouring India, where the Muslim League, founded in 1906, had become a force by the 1920s. As Joint Secretaries of the ACML, M.H.Amit and S.M.H.Ahmed spearheaded the Pakistan movement in Ceylon in the 1940s. The ACML organized hartals in favor of India’s partition which at places became violent. But while the ACML was committed to the division of India it was strongly in favour of Ceylon’s unity and independence. This inspired Daily News to headline one story thus: “All Ceylon Muslim League divided India, united Ceylon.” In 1950, T.B.Jayah was sent to Pakistan as Ceylon’s High Commissioner. In his seven-year stint there he was so popular that he was offered Pakistani citizenship which he politely declined.

In the early 1930s, when the Donoughmore Commission was set up to device a new Ceylonese constitution, T.B. Jayah visited London to argue the Muslims’ case for fair representation. In 1936, when the Sinhalese leaders in the State Council manipulated the committee system established by the Donoughmore constitution to form an “all-Sinhala Board of Ministers”, the minorities in the Council formed the “Minority Group” to fight for their rights. T.B. Jayah, Sir M.Macan Markar and A.C.M.Khaleel were its Muslim members.

At this time, Justice Akbar and M.H.Amit propounded, for the first time in Sri Lanka, demanded a civil service in which all ethnic groups would be represented as per their proportion in the population. The ACML also demanded electorates to be delineated in such a way that Muslims could get elected.

Minority solidarity received a blow when the Tamil leader G.G.Ponnambalam wanted representative seats to be divided on a 50:50 communal basis with the lion’s share of the minorities’ seats going to the Tamils – 25% for the Tamils and the rest divided between a number of other minorities, including Muslims. The Muslims rejected this formula, and on the rebound, accepted D.S.Senanayake’s counter-proposal to give 43% to the minorities and keep 57% for the majority Sinhalese. In return, Senanayake accepted the idea of territorial representation to enable Muslims to be elected. As part of the deal, Jayah and Khaleel pledged ACML’s support to Senanayake’s struggle for Ceylon’s independence from Britain.

In 1943, the Soulbury Commission was established to draft a post-World War II constitution for Ceylon. Muslim organizations demanded reserved seats for Muslims in elections. But Soulbury rejected communal reservation and proposed (a) one seat for every 79,000 population (b) one seat for every 1000 sq miles (c) multi-member constituencies. And in order to ensure that minority groups would secure more seats, electorates were to be delimited in a suitable way.

Most importantly, Soulbury recommended provisions to curb communal discrimination. The first was that the “Parliament of Ceylon shall not make any law rendering persons of any community or religion liable to disabilities or restrictions to which persons of other communities are not made liable, …”. The second was that any bill which evoked “serious opposition by any racial or religious community and which, in the opinion of the Governor-General, is likely to involve oppression or serious injustice to any community, must be reserved by the Governor-General.” These provisions resulted in the Muslims fully accepting the Soulbury proposals and resolving to work for Ceylon’s independence.

Since the Soulbury constitution instituted the parliamentary form of government, political parties had to be formed. Therefore, D.S.Senanayake’s National Congress; SWRD Bandaranaike’s Sinhala Maha Sabha, T.B.Jayah’s All Ceylon Muslim League and Razeek Farid’s All Ceylon Moors’ Association and some non-partisan Tamils came together and formed the United National Party (UNP) in September 1946.

However, come independence in 1948, Muslims and Tamils of Indian/Pakistani origin found themselves deprived of citizenship by the Citizenship Act. According to Amit, due to lobbying by the ACML, the Act was amended to enable many people of Indian sub-continental origin residing in Ceylon to qualify for citizenship after a period of continuous residence in Ceylon. Again due to ACML’s efforts, non-citizens of sub-continental origin could get passports or send money to their country of origin under relaxed provisions. By and large, the ACML stuck to the UNP in post-independence politics.

Under Mrs.Sirima Bandaranaike’s harshly socialist government between 1970 and 1977, the new property laws went against the Muslims. According to Amit, there were 16 clashes between the Sinhalese and Muslims at various places in which three Muslims were killed. No wonder, in the 1977 elections, 99% of Muslims supported the UNP to give J.R.Jayewardene a 5/6 majority in parliament. M.H.Mohammad became Minister of Transport.

Following the 1983 anti-Tamil riots, President Jayewardene called for an All Party Conference (APC). Though the ACML was not a registered party it was invited to participate. At the APC, The ACML demanded the acceptance of the ethnic ratio in allotment of State lands and in recruitment to the public service. It also sought a separate Council for Muslims in the North-East, though this demand was given up on the grounds of its impracticality.

The ACML supported the Presidential candidature of R.Premadasa in the late 1980s. But relations soured when Premadasa entered into a secret deal with the Eastern Province-based Sri Lanka Muslim Congress (SLMC) because he wanted votes from there. In Amit’s view ,Premadasa blundered by giving the Liberation Tigers of Tamil Eelam (LTTE) arms to fight the Indian Peace Keeping Force (IPKF) and then asking the latter to leave the country. Premadasa’s successor D.B.Wijetunga’s anti-minority remarks alienated the Muslims.  Meanwhile, the Eastern Province-based SLMC was becoming popular there. According to Amit this was  because it was using Islamic symbols brazenly to trigger communal passions. While the SLMC’s popularity rose, the ACML’s stock fell to the point of becoming extinct.

Although the Muslims in the Sinhala-majority areas have stuck to the UNP by and large, those in the Eastern and Northern Provinces shifted to the SLMC and its offshoots. The centers of Muslim politics are now where the Muslims are either in a majority or are a substantial section of the population. And these are mostly in the North and East.