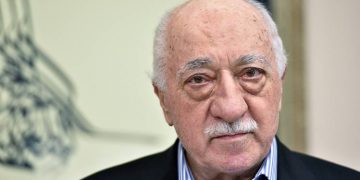 Colombo, May 4 (newsin.asia): Following the Easter Sunday bombings in Sri Lanka, in which 253 people died, the Turkish Embassy has asked Lankan authorities to ban the Turkish outfit, Fethullah Terrorist Organisation (FETO), close its businesses and institutions and deport its activists.

Although FETO is not suspected to be a perpetrator of the carnage in Colombo and three other towns on April 21, Turkey has made these requests and given details of FETO-affiliated members, schools and businesses in Sri Lanka covering a four-year period.

A request to ban FETO-affiliated schools and businesses and to deport their staff, has also been made, the embassy said in a statement on Friday.

“As Turkey and Sri Lanka are targets of international terrorism today, as in the past, both countries will continue to stand in solidarity and cooperation,” the embassy said.

“The terrorist bomb attacks which targeted Sri Lanka on 21 April showed once again the need for cooperation and a collective fight against all elements of international terrorism,” the statement said.

“Turkey and Sri Lanka have stood in solidarity and cooperation in the international arena for many decades and supported each other in their fight against separatist terrorism. In this framework, Turkey has also been cooperating with Sri Lanka in her fight against Fethullahist Terrorist Organisation (FETO),” it said.

FETO is said to be the terrorist organization behind the coup attempt on July 15, 2016 in Turkey which led to the death of 290 civilians and wounded thousands in a single day.

According to a website on counter-terrorism, FETO has been disguising itself as a benign education and charity movement and carrying out its activities in Turkey and in various other countries for many years.

In 2013, the Turkish government discovered the ultimate aim of FETO and its activities were completely banned. After the failed coup attempt, a large number of countries also banned or closed FETO-affiliated schools and businesses and deported FETO members.

The FETO comprises followers of Fethullah Gülen, a US-based Turkish cleric who the Turkish President, Recep Tayyip Erdoğan, blames for riots and terrorism against his government.

Gülen promotes a moderate, pro-Western style of Sunni Islam. He left Turkey and has been living in self-imposed exile in Pennsylvania, US, since 1999.

Erdoğan believes that Gulenists have infiltrated Turkey’s military, judicial, and other government structures.

Human rights organizations have accused the Turkish government of the unlawful arrest, imprisonment, and torture of Gulenists.

According to the Turkish interior ministry, 35,145 suspected Gulenists were detained between January 2, 2017, and October 30, 2017. By November 2017, the Turkish government had dismissed 150,000 civil servants for alleged links with FETO or terrorism.

Erdoğan has demanded Gülen’s extradition, which the US government has so far refused. In September 2018, Erdoğan called upon Germany to designate FETO as a terrorist organization. But German Chancellor Angela Merkel said her government needed more evidence before it acted against FETO.