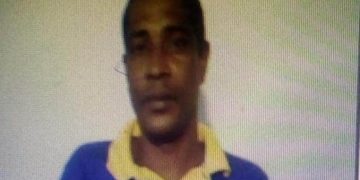 Colombo, July 24 (newsin.asia) –  The COVID-19 positive inmate who had escaped from the Infectious Diseases Hospital (IDH) in the morning today has been apprehended by the army.

The escapee has been brought back to the Infectious Disease Hospital (IDH).

The driver of the three-wheeler in which the escapee travelled in, has been directed to the quarantine centre in Kandakadu.

Army Chief Lieutenant General Shavendra Silva said the escapee was located near the National Hospital of Sri Lanka in Colombo.

A manhunt had been launched with multiple teams deployed to trace the inmate and arrest him in the morning.

Western Province Senior DIG Deshabandu Tennakoon stated that the escapee had travelled to Pettah (Main Street) after escaping at around 2.00 am today.

Investigations are currently underway to determine how the escapee reached the Main Street.

According to the Police Media, the escapee, named Mohammed Kasim Mohammed Nasim, is a 41-year-old from Marble Beach Road, China Bay in Trincomalee.