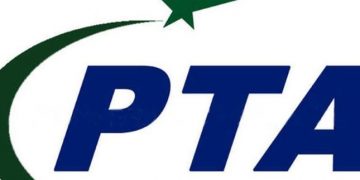 Islamabad, December 25 (Dawn): The Pakistan Telecommunication Authority (PTA) has issued notices to Google Inc and Wikipedia for “disseminating sacrilegious content” through the two platforms, it emerged on Friday.

In a press release, the authority said it has been receiving complaints regarding “misleading search results associated with ‘present khalifa of Islam’ and an unauthentic version of the Holy Quran uploaded by the Ahmedi community on Google Play Store”.

Being a matter of a very serious nature, the PTA has approached Google Inc with directions to immediately remove the unlawful content, the statement said.

“The platform has been issued the notice under the Removal and Blocking of Unlawful Online Content (Procedure, Oversight and Safeguard) Rules 2020 to remove sacrilegious content to avoid any legal action by the regulator.”

The authority added that complaints were also received regarding hosting blasphemous caricatures of Holy Prophet (peace be upon him) and dissemination of “misleading, wrong, deceptive and deceitful information” through articles published on Wikipedia portraying Mirza Masroor Ahmad as a Muslim.

“After extensive communication on the matter, Wikipedia has been finally served with the notice to remove the sacrilegious content to avoid any legal action,” the statement said.

In case the platforms remain non-compliant, the PTA shall be constrained to initiate further action under Prevention of Electronic Crimes Act 2016 (PECA) and Rules 2020, the statement said.

From a report of the Human Rights Watch:

On May 28, 2010, extremist Islamist militants attacked two Ahmadiyya mosques in the central Pakistani city of Lahore with guns, grenades, and suicide bombs, killing 94 people and injuring well over a hundred. Twenty-seven people were killed at the Baitul Nur Mosque in the Model Town area of Lahore; 67 were killed at the Darul Zikr mosque in the suburb of Garhi Shahu. The Punjabi Taliban, a local affiliate of the Pakistani Taliban, called the Tehrik-e-Taliban Pakistan (TTP), claimed responsibility.

On the night of May 31, unidentified gunmen attacked the Intensive Care Unit of Lahore’s Jinnah Hospital, where victims and one of the alleged attackers in Friday’s attacks were under treatment, sparking a shootout in which at least a further 12 people, mostly police officers and hospital staff, were killed. The assailants succeeded in escaping.

The US Department of State annual report on human rights recorded the killing of 11 Ahmadis for their faith in 2009.

Human Rights Watch called on Pakistan’s government to immediately introduce legislation in parliament to repeal laws discriminating against religious minorities such as the Ahmadis, including the penal statute that makes capital punishment mandatory for “blasphemy.”

Human Rights Watch also urged the government of Punjab province, controlled by former prime minister Nawaz Sharif’s Pakistan Muslim League (Nawaz) party, to investigate and prosecute as appropriate campaigns of intimidation, threats, and violence against the Ahmadiyya community by Islamist groups such as the Sunni Tehrik, Tehrik-e-Tahafaz-e-Naomoos-e-Risalat, Khatm-e-Nabuwat and other groups acting under the Taliban’s umbrella. Leaders of these groups have frequently threatened to kill Ahmadis and attack the mosques where the killings took place. The anti-Ahmadiyya campaign has intensified in the past year, exemplified by the government allowing groups to place banners seeking the death of “Qadianis” (a derogatory term for Ahmadis) on the main thoroughfares of Lahore.

On May 30, Zaeem Qadri, advisor to Punjab Chief Minister Shahbaz Sharif, said in an interview on Dunya TV that the provincial government had failed to remove the threatening banners from the city’s thoroughfares in order to prevent “adverse reaction against the government” by the groups responsible. On the same day, a Taliban statement “congratulated” Pakistanis for the attacks, calling people from the Ahmadiyya and Shia communities “the enemies of Islam and common people” and urging Pakistanis to take the “initiative” and kill every such person “in range.

“The Punjab government is either in denial about threats to Ahmadis and other minorities or is following a policy of willful discrimination,” said Hasan. “The Punjab government’s law enforcement authorities need to dispense with traditional prejudices and proactively protect heterodox communities like the Ahmadis, who now are in clear and serious danger from both the Taliban and sectarian militant groups historically supported by the state. ”

Founded in 1889 by Mirza Ghulam Ahmad, the Ahmadiyya community is a religious group that identifies itself as Muslim. Estimates suggest at least two million Ahmadis live in Pakistan. Ahmadis differ with other Muslims over the exact definition of Prophet Mohammad being the “final” monotheist prophet. Many Muslims consider the Ahmadiyya to be non-Muslims.

The persecution of the Ahmadiyya community is wholly legalized, even encouraged, by the Pakistani government. Pakistan’s penal code explicitly discriminates against religious minorities and targets Ahmadis in particular by prohibiting them from “indirectly or directly posing as a Muslim.” Ahmadis are prohibited from declaring or propagating their faith publicly, building mosques or even referring to them as such, or making the call for Muslim prayer.

Pakistan’s “Blasphemy Law,” as section 295-C of the Penal Code is known, makes the death penalty mandatory for blasphemy. Under this law, the Ahmadiyya belief in the prophethood of Mirza Ghulam Ahmad is considered blasphemous insofar as it “defiles the name of Prophet Muhammad.” In 2009, at least 50 Ahmadis were charged under various provisions of the blasphemy law across Pakistan. Many of these individuals remain imprisoned.

Since the military government of Gen. Zia-ul-Haq unleashed a wave of persecution in the 1980s, violence against the Ahmadiyya community has never really ceased. Ahmadis continue to be killed and injured, and have their homes and businesses burned down in anti-Ahmadi attacks. The authorities continue to arrest, jail and charge Ahmadis for blasphemy and other offenses because of their religious beliefs. In several instances, the police have been complicit in harassment and the framing of false charges against Ahmadis, or stood by in the face of anti-Ahmadi violence.

“Ahmadis unfortunately become easy targets in times of religious and political insecurity,” said Hasan. “The Pakistani government has emboldened the extremists by failing to take action. It needs to repeal the laws used to persecute Ahmadis, and it must prosecute those responsible for anti-Ahmadi intimidation and violence.”

However, the government seldom brings charges against perpetrators of anti-Ahmadi violence and discrimination. Research by Human Rights Watch indicates that the police have failed to apprehend anyone implicated in such activity in the last several years.

Since 2000, an estimated 400 Ahmadis have been formally charged in criminal cases, including blasphemy. Several have been convicted and face life imprisonment or death sentences pending appeal. The offenses charged included wearing an Islamic slogan on a shirt, planning to build an Ahmadi mosque in Lahore, and distributing Ahmadi literature in a public square. As a result, thousands of Ahmadis have fled Pakistan to seek asylum in countries including Canada and the United States.

Human Rights Watch said that the Pakistani government continues to actively encourage legal and procedural discrimination against Ahmadis. For example, all Pakistani Muslim citizens applying for passports are obliged to sign a statement explicitly stating that they consider the founder of the Ahmadi community an “imposter” and consider Ahmadis to be non-Muslims.

“Under Pakistan’s Blasphemy Law, virtually any public act of worship or devotion by an Ahmadi can be treated as a criminal offense,” said Hasan “Ahmadis could be sentenced to death for simply professing their faith.”