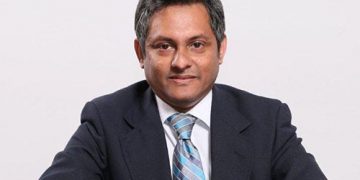 Colombo, December 23: Shippers’ Academy Colombo CEO Rohan Masakorala has said that the opportunity cost of dithering over Colombo Port’s Eastern Container Terminal (ECT) has been over 10% of transshipment growth. The ECT project has been in the limbo for the past seven years, and yet, there is no light at the end of the tunnel, he adds.

In an interview to DailyFT, published on December 22, Maskarola gave his insights into current developments in the ports and shipping sector in Sri Lanka and around the world and the many issues faced by countries due to the COVID-19 pandemic. Excerpts:

Q: What are the current problems in the ports and shipping industry currently?

Yes, ports around the world have had their share of problems due to the COVID-19 virus, creating sudden upward and downward movements of trade since March. Initially, it was a supply chain disruption from China that led to raw materials and other merchandise getting delayed for production and the retail business.  Within a few weeks, as the pandemic took its toll around the world, port activities slowed down. This led to severe imbalances in trade, equipment, and predictability in sea-borne trade. We slowly saw capacity reductions and blank calls by shipping lines as the first wave of the pandemic was evolving.

With the second wave of the pandemic, port workers around the world, especially in the main ports were affected with the virus and port work started slowing down. Operational capacity and productivity started dropping, which led to delays and congestions in key ports handling large containerized throughput. As a result of this, today we are finding shipping-related issues such as lack of space, lack of equipment, reduction of port calls and increasing freight costs.

Q: What is the situation in the Port of Colombo and the plight of Sri Lankan traders?

Colombo was also affected. With the first wave of COVID-19 in March,  transshipment, local volumes and ship arrivals started going down. But the terminals had no issues with the workforce. Even while there were clearance delays, due to the lockdown, the situation was under control until the second wave of COVID-19 hit the country. In fact, by July, transshipment volumes were recovering and were getting back to almost normal.

With the second wave of COVID-19 in Sri Lanka, the Port of Colombo had many COVID-19 cases reported in the terminals and in some cases on board ships too. This needed to be addressed, and as a result, nearly 50% of the staff in some terminals had to move out of work, due to quarantine requirements and lockdowns in around the port.

On an average, the Port of Colombo handles 12-15 ships a day, among the three major terminals, and this accounts to about 650,000 TEUs throughput for a month. As productivity and efficiency dropped due to lack of machine operators, berth productivity also fell resulting in delays in unloading and loading of ships.

This brought about an outer harbor waiting time of of 1-2 days, initially, going up to five days, which reflected as a port congestion that led to shipping lines to decide to omit Colombo with some services deciding to re-route ships to other regional ports.

At the same time, due to lack of drivers, the inter-terminal trucking got congested and the yard space became fully occupied, making it even difficult for further discharges for transshipment. Well over 50,000 containers were stuck. Local exports and imports got delayed, affecting traders and manufacturers and regional supply chains.

Q: Has the problem been addressed?

Yes, the Sri Lanka Ports Authority and its three terminals did take maximum contingency measures by adhering to health guidelines. Obviously, many would have not expected the second wave to hit the port, and it is not an easy thing to fix such operational issues overnight as it is a learning process for the terminals too while the business is going on.

As I said, this is not a problem confined to Colombo only. Even the Port of Singapore reported congestion and major delays. As I speak, the operations of the port have probably resumed to well over 80% normalcy. However, some of the shipping services that suspended looping cargo via Colombo, have yet to restart certain services.

But I can confirm that there are no berthing delays or congestion anymore. But local shippers are currently facing some critical issues due to the prolonged crisis that took place and is taking place in the port-networks of the region. Some issues are beyond the control of the terminal operators in Colombo.

Q: Can you elaborate on the issues the shippers are facing at this moment?

Supply chains have been affected. They include, lack of shipping space, lack of equipment such as empty containers, increasing freight rates and omitting and by-passing of scheduled ships. These have caused exports that were scheduled to be shipped being stuck at the terminals for space and vessel availability.

On the other hand, imports for manufacturing and other intermediaries for production are getting delayed by 4-6 weeks in arriving in Sri Lanka. This also affects exporters as they must shut down production lines due to lack of raw material. We also find that some shipping lines are not taking bookings to Europe as well as inward bookings from the Far East, making it totally uncertain for trading parties to plan out international trade.

We also find that there is a container shortage as Sri Lanka has restricted imports, the required empty containers are not available in the market. Shipping lines too are not re-positioning empties in Asia.

This has resulted in massive freight increases over the last 8 to 10 weeks. This amounts to 200%- 500% increases in some trade lanes. Of course, this factor is affecting all shippers across Asia and around the world.

Q: Do you think that these freight increases are justifiable?

I think the initial increase was justifiable as many factors contributed to the disruption of supply and demand and the market forces pushed the freight up. But lately we the shippers’ community feel that some deliberate attempts are being created by reducing capacity, increasing blank sailings are used as tactics to further increase the freight rates.

Shippers’ Councils around the world are now reporting such activity to the regulators. We expect the European Competition Commission, Chinese Authorities and the Federal Maritime Commission of the US will investigate into this, as the freight continues to go north affecting shippers across the world.

Personally, for me if it is market driven, it can be justifiable. One advice that I could give is to the shippers is that whoever who has volume should be negotiating freight in both import and export transactions when shipping is currently a sellers’ market. The current situation in the market will not ease out immediately and can last up to another 12 months as disruption to trade and market shifts take place.

Q: Do you think the Colombo problem could have been eased if ECT was available?

Definitely. Always Colombo had problems in growth when we did not add capacity. This has been the biggest and the most unfortunate thing that Port of Colombo has faced since the late 1990s. Simply ad-hoc capacity enhancement and politics have pushed back Colombo’s ambitions many a times and probably its actual potential.

ECT should have been operational by 2017 or 2018. If it had happened at the right time probably the investors would have almost recovered the investment by now, as Port of Colombo was one of the fastest growing ports in the world and had the only deep draught facilities to service the biggest ships. But we failed to give the right signals to the shipping lines.

On one hand capacity, and on the other hand our model of operating the ports were in limbo as the then President Maithripala Sirisena reversed the position of the then Government to build the ECT through bids with international partners and through a consortium. Since that day, the ECT became a political football as it was evident in the last two elections we had (While Sri Lanka in the past had successful terminal partnerships through public private partnerships -PPP).

Now ECT is entering the seventh year where no proper direction and decision has been taken. If we had ECT operational, the current Colombo congestion and crisis would have been minimized or averted. The transshipment volumes would have not dropped by 5%-6%, instead probably with the trade recovery, we could have grown by about 4% as Singapore too was having congestion.

So the opportunity cost that I see is over 10% of transshipment growth if the ECT was functioning. Even now it will take another one year or so if we start moving ahead with the legal and structural frame to set up the terminal for business to really take off. It is just a sad story of our port legacy.

Q: Do you think Colombo can retain its hub status and do you agree with PPPs?

If Colombo wants to retain its hub status, no doubt it needs PPP, just like we had SAGT and CICT. The Port of Colombo does not need to re-invent the wheel. Such consortium-based port models are available all over the world. Shipping being an international business we need partners. Those partners can ensure our continuity and competitiveness.

Ports cannot be run in isolation. They are networks between terminal operators, shipping lines and cargo owners as well as other investors, such as government and financial institutions. Successful shipping hubs have intertwined with mutually benefit business models to compete globally.

If I were asked what to do, I would say, SLPA needs a complete overhaul of its structure. We cannot be running international ports with inward thinking and protectionism and unions and political parties saying how to fix it, placing nationalism in front as usual. SLPA must be a landlord, it cannot be the regulator, operator and the landlord at the same time. Then, it does not ensure proper transparency, efficiency, and competitiveness.

Of course, Government and the public of Sri Lanka must have its rightful share and tax revenue and the benefit of the multiplier effect to the economy including expansion of the maritime activities and employment. I expect President Gotabaya Rajapaksa’s Government to expedite the ECT project which is well overdue with an international consortium if we are to sustain Colombo as a hub.

We must remember that both Hambantota and other regional ports will come into play as competition sooner than later as this competitive business and cannot be run as typical SOE’s. Hanging on to only the location, without reforms not only in the port sector but the shipping sector too, will see the demise of the Port of Colombo, as a hub port.