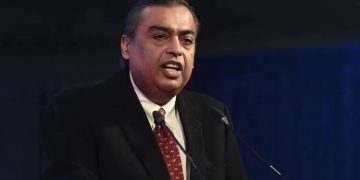 Jio 5G to be available from 2021, confirms Mukesh Ambani

Jio 5G to be available from 2021, confirms Mukesh Ambani

Ambani revealed that the company plans to implement the service in the second half of 2021, while also adding that the 5G network by the company will be built indigenously. December 8 (India Today) – Reliance Jio has announced that the company will roll-out 5G services in India in 2021. The announcement was made by the company’s CEO, Mukesh Ambani, who took the lid off the news at the fourth edition of India Mobile Congress.

Ambani revealed that the company plans to implement the service in the second half of 2021, while also adding that the 5G network by the company will be built indigenously.

“India is today among the best digitally connected nations in the world. In order to maintain this lead, policy steps are needed to accelerate the early rollout of 5G, and to make it affordable and available everywhere. I assure you that JIO will pioneer the 5G Revolution in India in the second half of 2021. It will be powered by the indigenous-developed network, hardware and technology components.”

Ambani also added that the entry of 5G network in India India will help in the country’s attempts to become “Atma Nirbhar” and will also enable the country to play a greater role in the fourth industrial revolution by leading it from the front.

“Jio’s 5G service will be a testimony to your inspiring vision of Atma Nirbhar Bharat. I can say with utmost confidence that 5G will enable India to not only participate in the Fourth Industrial Revolution but also to lead it.”

Interestingly, Ambani’s comments come on the back of its rival, Bharti Airtel’s chairman Sunil Mittal claiming that the rollout of 5G technology in India will take another two-three years. Mittal has said that the next generation of mobile technology will need more time to be rolled out across the country.

Airtel’s decision-makers, including its chief executive, Gopal Vittal, has said in the past that the ecosystem for 5G is underdeveloped and that spectrum is expensive.