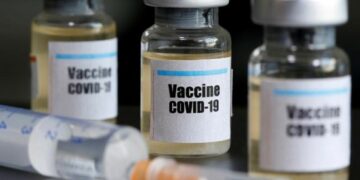 India says it will give Myanmar COVID-19 support despite coup

India says it will give Myanmar COVID-19 support despite coup New Delhi had sent 1.5 million doses of COVID-19 vaccine to Myanmar last month as part of a broader diplomatic effort to deepen ties with its neighbours before the military overthrew and detained elected leader Aung San Suu Kyi.

India is monitoring the situation closely, foreign ministry spokesman Anurag Srivastava told reporters, but it won’t hold back on aid. “We remain committed to continuing our humanitarian support for the people in Myanmar in mitigating the health and economic impact of the pandemic,” he said.

India, the world’s biggest manufacturer of vaccines, has given away shots of AstraZeneca made at the Serum Institute of India for free to neighbours such as Bangladesh, Nepal, Sri Lanka and Bhutan to get their immunisation programmes started.

Diplomats say the “Vaccine Friendship”, as the campaign is called, is also intended to push back against China’s political and economic dominance of the region and win goodwill.

Srivastava noted that India had helped Myanmar by providing test kits and medicines early on when the pandemic struck and then with vaccines.

A second shipment of 1.5 million shots for Myanmar is planned but it is not clear when that will happen, a source aware of the situation told Reuters.

The United Nations and Western powers have condemned Monday’s coup, calling for more international pressure to ensure the will of the people is respected. Washington has said it reviewing possible sanctions.

India had expressed concern at the coup in its initial response but has held off demanding measures against the military rulers. Diplomats say New Delhi is wary of snapping off ties for fear it will drive its neighbour closer to China.