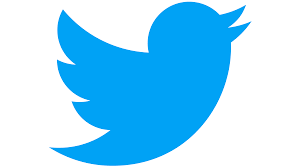 Colombo, June 10: India warned the social Media to strictly adhere to new Information Technology rules, which came into effect last week or face closure. In February this year, the Ministry of Electronics & Information Technology (MEIT) of Prime Minister Narendra Modi-led Government had given a three-month time to the social platforms to comply with the new IT rules.

The new Information Technology (InterMediary Guidelines and Digital Media Ethics Code) Rules 2021, which was released by Prime Minister Narendra Modi-led Government in February 2021, come into effect from 26 May. As per the new Indian IT Rules 2021, large social Media platforms are defined as those having more than 50 lakh registered users.

The new rules were imposed after years of complaints from the victims of social Media of defamation, slander and violations of privacy. The new rules make it mandatory for large social Media companies to appoint a resident grievance officer as part of a larger grievance redressal mechanism, active monitoring of content shared on their platform and monthly compliance reports for Indian users and self-regulation mechanisms.

The moment new regulations were announced, they came in for heavy criticism from social Media and organisations for freedom of expression. Twitter accused the Modi Government of dangerous overreach that is inconsistent with open, democratic principles, and alleged that it has been forced to withhold portions of legitimate free speech on its platform over fears around the safety of its employees and threats of financial penalties.

However, large digital platforms Facebook and Google on announced they are working towards meeting the compliance requirements underlined by the Government.Indian Media reported that the Government asked Twitter to pull down tweets related to farmer protests, some of which the Modi administration believed peddled anti-India sentiment, as well as some that were critical of the handling of the current second wave of COVID-19 pandemic.

The Twitter statement said, “We maintain that the content reported in the original order constitutes protected, legitimate free speech, under Indian and international law, and we have formally communicated this to the Government. Yet, due to the law’s limited scope under Section 69A (of the IT Act) which gives limited room to an intermediary to defend the content, we have been compelled to withhold in response to a noncompliance notice. Not doing so poses penal consequences with many risks for Twitter employees.”

The MEIT warned that non-compliance with rules would result in these social Media companies losing their intermediary status that provides them exemptions and specified immunity from liabilities for any third-party information and data hosted by them. In other words, they could be liable for action.

A spokesman for Twitter said the social Media platform did not take any action on verified accounts that consist of news Media entities, journalists, activists, and politicians “in keeping with our principles of defending protected speech and freedom of expression”.

Although a section of Media try to project new regulations as a ‘draconian law’ many impartial analysts pointed out that certain controls are essential to protect individual privacy. The requirement to appoint designated officers to deal with grievances and compliance apart from having a mechanism to pull down content where individuals are maligned or there is sexually explicit matter has been hailed by everybody.

On the other hand, there are apprehensions over possible misuse of new laws. Twitter said there were concerns over intimidation tactics by police and was critical of the new IT rules. The company said it is particularly worried over the requirement to make the compliance officer criminally liable for content on the platform, the mandate for proactive monitoring, and the blanket authority to seek information about customers. “This represents dangerous overreach that is inconsistent with open, democratic principles,” Twitter spokesman said.

While Twitter accused the Indian Government of using force and fear to block legitimate free speech, the Electronics & IT Ministry shot back, charging the American company with deliberately subverting the law of India and trying to dictate its terms even while using opaque policies to arbitrarily suspend user accounts and delete tweets.

The only instance of scuttling free speech on Twitter is Twitter itself and its opaque policies, as a result of which people’s accounts are suspended and tweets deleted arbitrarily without recourse, the MEIT said.

The Ministry asked Twitter to stop beating around the bush and comply with the laws of the land. Law-making and policy formulation is the sole prerogative of the sovereign Government and Twitter is just a social Media platform, and it has no locus in dictating what should India’s legal policy framework should be, infuriated MEIT spokesman pointed out.

Indian Government accused Twitter of remaining silent on fake and harmful content against India and Indians, including posts related to vaccine hesitancy or those that spoke of an Indian variant of the coronavirus.

The Government ordered Twitter to block more than 1,400 users who were accused of using inflammatory and unlawful language in the wake of the farmers’ protests. Twitter was also accused of manipulating Media tag to certain tweets of BJP functionaries which claimed to show a “toolkit” allegedly prepared by Congress functionaries to defame the Government’s Covid-19 relief efforts.

Modi Government blasted the Twitter stating that protecting free speech in India is not the prerogative of only a private, for-profit, foreign entity like Twitter. The MEIT added that Twitter’s statement was an attempt to dictate its terms to the world’s largest democracy. Through its actions and deliberate defiance, Twitter seeks to undermine India’s legal system, the MEIT statement said.

Meanwhile, a Google spokesperson said the company has consistently invested in significant product changes, resources and personnel to ensure that it is combating illegal content in an effective and fair way, and to comply with local laws in the jurisdictions it operates in.”We realise that our work in keeping our platforms secure is never done and we will continue to refine our existing approaches, and evolve our policies and be as transparent as possible about how we make decisions,” the spokesperson said.A Facebook spokesperson noted that the company is working to implement operational processes and aims to comply with the provisions of the IT rules. The social Media giant — which also owns photo-sharing platform Instagram — said it continues to discuss a few of the issues which need more engagement with the Indian Government.Several organisations including the Confederation of Indian Industry (CII) and the US-India Business Council (USIBC) tried to Mediate to resolve the issue. They made a joint appeal to the Government seeking up to a one-year extension for compliance, particularly in the view of the pandemic.

The new rules state that users who voluntarily want to verify their accounts should be given an appropriate mechanism to do so, and be accorded a visible mark of verification. It also requires generation of monthly compliance reports, a compliance officer, nodal contact person and resident grievance officer being appointed by the social Media platform companies. The Government said these rules were introduced to make social Media platforms like Facebook, WhatsApp, Twitter and Instagram – which have seen a phenomenal surge in usage over the past few years in India – more accountable and responsible for the content hosted on their platform.