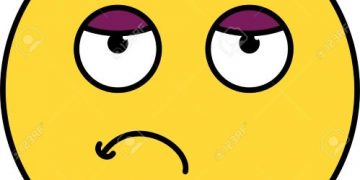 The next time someone throws benumbing banality at you, use this advice I was at a party, listening to someone I had just met. Being well brought-up, and polite, I said, “Don’t take this the wrong way, but you are the most obnoxious, self-centred, predictable, repetitive, cliché-spouting bore I have ever met in all my life.”

Well, I only said that in my head. I still had on my party-face with a vapid smile, as I listened to the guy go on and on, in a series of mind-numbing clichés.

You hear them everywhere. Paralyzing monologues, punctuated with a roll of lazy, ready-made phrases. You may have met this incredible stranger only minutes ago—but you have already forged such a strong emotion with him, you are able to complete his sentences.

“ … but basically, at the end of the day,” the bore was droning, “I realized there are plenty of fish in the sea, so I took the tiger by its tail, and showed him the door. Let bygones be bygones; I’m not crying over spilt milk, but my company needs a mover and shaker who …”

Wait, let me guess! Even my oxygen-deprived brain was able to complete that brilliant observation. “ … who thinks outside the box??” I said with a fine imitation of the rolling-eyes emoji.

“You hit the nail on the head!” he exclaimed. The thing about Benumbing Bores is that they don’t know a concept called sarcasm. “Great! Make hay while the sun shines!” I told him and escaped, as he paused for a refill—seizing an opportunity, much like the hideous phrase above.

It was in the early ’90s, while working in an ad agency, I observed the phrase ‘the elephant in the room’ being released into the world. How everybody loved it! However, if you were growing up in the ’60s and ’70s, you will recall that the elephant in the room was a gift object, found in every middle-class home in India—a wooden elephant pulling a log—a favourite present at weddings, when you didn’t feel like giving the couple a mini Taj Mahal. But to keep hearing this extinct-as-a-mammoth expression in Annual Office Review Meets now is like dropping an elephant-sized poo on the conference table—it has begun to stink so much.

And when the same brain-dead lot decides to meet up for the annual party, an office memo is bound to tell everyone to come dressed to kill (should one buy and wear latex gloves for the deed?); and to let your hair down (great advice when it was first coined, for a 18th-century Victorian demoiselle, hair pinned up in a skull-crushing bouffant) but to hear the event’s MC now mouth them, can make one tear out hair in fistfuls.

I would like to fatally hang from the nearest ceiling fan, the next pontificating boss that utters “it’s low hanging fruit”. Besides getting rotten with overuse, the phrase also sounds weirdly vulgar to me. Can’t put a finger on it, though.

And then, there’s the IT-nerd’s big contribution to Webster’s modern idioms: “What’s your bandwidth today?” “I’ll ping you when free!” is usually the robotic response to this idiotic question.

I would also like to set fire to the Motivational Moron who wants to put fire in our bellies at HR events, urging us to ‘give it our 110%’. Seriously? I so hope this phrase isn’t uttered at workplaces that require mathematical precision—like a heart surgeons’ conference or pilots’ training workshop—there’d be a lot of death to account for if they didn’t stop at 100.

Often these badshahs of banality issue short, unnecessary warnings: “With all due respect…” is a sign that we can steel ourselves for a dose of utter disrespect and suicide-inducing insults. “Please take this with a pinch of salt …” is a splendid disclaimer to whisper a rumour, ending in gory character assassination. But the one who, er… takes the cake in this category of truth-sayers is “To be honest with you…” It confirms that this creature otherwise only speaks lies.

So to cut a long story short, the writing’s on the wall, even though I’ve only scratched the surface, but I’ve decided to call a spade a spade, as fortune favours the brave, and actions speak louder than words … I’m going to tell the next cliché-spouter I meet at a party, with all due respect, to kindly and immediately, as quick as lightning, to please just four asterisks-off.