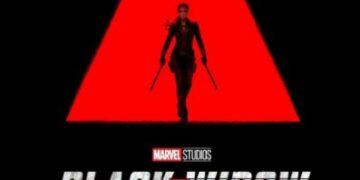 New Delhi, July 21 (Mint) – Marvel’s superhero flick Black Widow will not arrive in theatres in India and will premiere directly on Disney+ Hotstar in Hindi, Tamil, Telugu, Malayalam and Kannada besides English. The film has already been released in the US where it made $80.3 million over its opening weekend.

However, with the gradual opening up of theatres in states like Telangana, Andhra Pradesh, Gujarat, Punjab and Jharkhand, and the possibility of Delhi and Maharashtra giving permissions later his month, some other Hollywood studios are looking at making up for the lost time in India by bringing a bunch of movie titles already released in other parts of the world.

Warner Bros has movies like Fast and Furious 9, The Suicide Squad and Dune ready while Sony Pictures has Venom, Peter Rabbit 2 and Escape Room 2, which can fill the gap in theatres in the initial weeks when there are fewer Indian films available. Film trade experts said the opening of top metros especially in the south should pave the way for these films whose major markets are Maharashtra, Andhra Pradesh, Telangana, Tamil Nadu and Karnataka.

It is clear that Hollywood studios will try to cash in on the track record they have already built in India and their success may even encourage local producers to plan releases. Even in the period after the first lockdown, films like Tenet and Wonder Woman had first taken the litmus test in theatres. In fact, Hollywood releasing animation flicks like Raya and the Last Dragon in cinemas in the US proves that it is looking at bringing families and children back.

In 2019, Hollywood, with a combination of spectacular superhero movies and smaller budget, softer films, notched up box office collections of nearly ₹1,225 crore in India which was higher than ₹900-950 crore it earned in 2018. Dubbing these films in Hindi, Tamil and Telugu apart from exhaustive marketing and localization campaigns by Hollywood studios has added much to their appeal in the country.