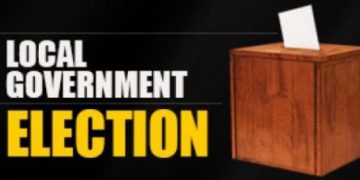 While there were no election related deaths or major election violence reported, police said those arrested were for minor violations such as pasting election related posters,  taking photographs of ballot papers and political party members transporting voters to polling stations.

Those arrested included eight candidates who were contesting the polls.

Executive Director for the Center for Policy Alternatives, (CPA) Dr Paikiasothy Saravanamuttu said a vast majority of election violence reported on election day were of a minor nature.

“We have had assaults, threat and intimidation but mostly on Saturday it was over transporting voters to polling stations and campaign materials being pasted around polling stations,” Saravanamuttu said
“It has been one of the most peaceful elections we have had on record,” he added.
Election monitors said that at the end of polling on Saturday, 15 million voters had caste their votes throughout the country including in the former war devastated north and east. Voting started at 7am local time and ended at 4pm.
Some 8,350 members will be elected to 340 councils across the country following Saturday’s polls.
The local councils are the third tier of governance in Sri Lanka after the Parliament and the Provincial Councils, and are primarily responsible for local affairs such as the development of village access roads, garbage collection, and maintenance of basic local infrastructure.
SendShare2Tweet1ShareShare