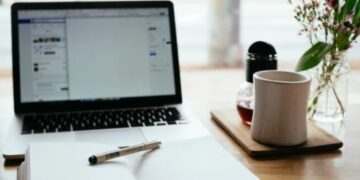 On its status page, Zoom reported partial outages for its website, meetings and webinars. By Monday afternoon, all systems were reported as operational.

Downdetector recorded a spike in issue reports, mostly from North America and western Europe, which peaked at nearly 17,000 complaints at 9 a.m. EST.

Lighter areas on Downdetector’s map Monday morning also showed complaints in China, India, Mexico and other countries, although most had faded by the afternoon.

The company’s Twitter mentions were flooded with concerned and panicked users, including professors and students.

Zoom announced it was investigating the problems at 8:51 a.m. EST and said by 11:30 a.m. it had rolled out a fix for most users.

“Everything should be working properly now!” the company tweeted, offering its “sincere apologies” to customers.

Billionaire businessman Eric Yuan started Zoom in 2011, originally under the name Saasbee. By the end of its first month, the California-based company had more than 400,000 users, and by 2017 was valued at $1 billion. The company remained little known outside its base of mostly business users, but when the coronavirus pandemic began in early 2020, Zoom saw its usage rates surge.