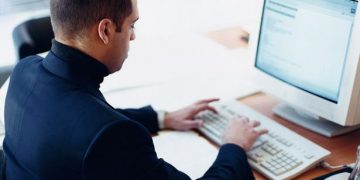 With new rules to snoop on online content, India is moving towards the Chinese model of surveillance

With new rules to snoop on online content, India is moving towards the Chinese model of surveillance By Apar Gupta/ Executive Director at the Internet Freedom Foundation.

New Delhi, December 24 (Daily Hunt): As reported in the Indian Express on Monday, the Indian government and large online platforms are privately discussing how to censor and break the encryption of your social media and messaging to enable your posts to be taken down “pro-actively”, with the requirement of “traceability”.

Why is it being done secretly? Why are you not being involved? We first explain what these rules do, then pose the top five concerns for users in a rule by rule analysis.

What are the intermediary rules?

Called the Intermediary Rules, 2011 , they are drafted under the Information Technology Act, 2000 that provides immunity to online platforms and internet service providers for content which is transmitted and published by end users.

This immunity allows these conduits of information to facilitate free expression and prevents them from throttling content or implementing overbroad censorship – which could lead to a “chilling effect”.

In return, they have to comply with legal requests for takedown of content and providing information on users – basically comply with the law. This was a principle recognized in Section 79 of the Information Technology Act, 2000 (as amended in 2008).

But principal legislations such as Section 79 leave the details to subordinate rules. This is exactly what the Intermediary Rules, 2011 are, which were made after public consultation in March, 2011.

There was a dispute on how this consultation was carried out, but still the draft rules were published online and comments on it were invited by the Union Ministry of Electronics and Information Technology.

However, these rules were unclear and vague. For instance, they did not clearly state what was “actual knowledge” of content being illegal from the point of view of a platform (such as Facebook). Due to this, in the Shreya Singhal case (which struck down as unconstitutional section 66A of Information Technology Act, that placed broad curbs on online content), the Supreme Court said that “actual knowledge” came only when platforms received a legal notice from the police or a court, not from private parties.

So what is being changed now? And what is at stake?

We believe there are better ways to check misinformation and threats to Indian democracy. These can be achieved as per our fundamental rights guaranteed under the Constitution. These proposals when seen alongside the recent Union Ministry of Home Affairs notification activating the 2009 interception rules are taking India closer to a Chinese model of censorship. Yes, online platforms are problematic, they do require fixes. But driving changes through a closed and secretive process using measures that undermine fundamental rights is a harmful approach for all of us.

To us, the path to battle disinformation is clear: pass a comprehensive privacy law. This will help bring accountability to large data controllers, from online companies which target us with advertising, to political parties.