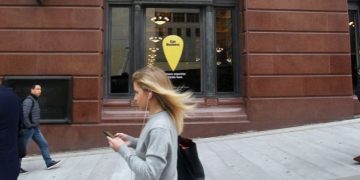 Will Gen Z ever recover from the COVID-19 recession?

Will Gen Z ever recover from the COVID-19 recession?

Born between 1997 and 2012, Generation Z is entering the jobs market for the first time during the COVID-19 crisis.

by Editor
in Around The World, Lifestyle, World
Reading Time: 5 mins read
2 0 US unemployment for workers aged 16 to 24 hit 24.4 percent this spring, according to a report by the Economic Policy Institute [File: Lisa Maree Wiliams/Bloomberg]

November 10 (Al Jazeera) – The global economy has been brought to its knees by COVID-19 and one generation may never fully bounce back from the beating: Generation Z.

Born between 1997 and 2012, some Gen Zers – teens and college students – are entering the labour market for the first time during an unprecedented economic crisis caused by a once-in-a-century pandemic.

United States unemployment for workers aged 16 to 24 tripled from 2019 to 2020, hitting 24.4 percent this spring, according to an October report by the Economic Policy Institute, a progressive-leaning think-tank based in Washington, DC.

Like every aspect of the coronavirus recession, it is affecting communities of colour more. Unemployment rates were higher for young workers of colour – including Asian Americans and Pacific Islanders (29.7 percent), African Americans (29.6 percent) and Latinos (27.5 percent), EPI found.

And that blow to their livelihoods may not be temporary. Gen Z workers could feel the effects of the pandemic-related recession for decades to come as the current situation affects everything from their ability to advance in careers, buy a house or afford to raise children.

The challenge begins for Gen Z with getting their foot in the door to land their first job.

Only 12 million of the 10 million US jobs lost to lockdowns this spring have been recovered and pandemic-related restrictions have shuttered businesses, especially in the hospitality and leisure sector where a quarter of young workers are employed, according to EPI.

Then, there are the safety considerations of working in jobs that might put them at higher risk for contracting COVID-19 – such as restaurants, grocery stores and other entry-level service positions.

“Many are experiencing an existential decision: Do I go out and work, and potentially get sick? What is my safety worth?” Manuel Pastor, a distinguished professor of sociology and American studies and ethnicity at the University of Southern California, told Al Jazeera.

“This is a generation that knows fear and knows mortality. That won’t leave them, even after the recovery is complete.” – JASON DORSEY, AUTHOR OF ZCONOMY

If they do manage to get a job, Gen Z also faces a potentially higher barrier to keeping it. A “last hired, first fired” mentality among managers means young workers are often the first to go when the books are in the red. And when they start a new job, they may also be paid less in what is known as the “pay penalty”.

Observers of this phenomenon have postulated that when people graduate from high school or college during a recession, they will take a lower-paying job and continue a trajectory of lower-paid raises and promotions than they may have received had they graduated into a strong economy.

The Center for Retirement Research at Boston College found that millennials who graduated during the 2008 recession had lower wages and benefits in 2018 – 10 years later – than Baby Boomers and Gen Xers had when they were the same age. These Millennial workers were also less likely to own a home and had more in student loan debt than other generations.

The financial disadvantage of entering the labour force during a recession can also affect savings and investment behaviours.

One hallmark 2010 longitudinal study by University of California Berkeley economics professor Ulrike Malmendier found people who came of age during the Great Depression were less likely to invest throughout their lives than subsequent generations.

But Generation Z, who may have seen family members experience the effects of the 2007-2008 Great Recession, already seem to be slightly more financially cautious than previous generations.

“This is the generation that saw their parents lose their houses or lose their jobs, and they witnessed that at a critical time,” Jason Dorsey, author of Zconomy and president of the Center for Generational Kinetics, told Al Jazeera.

“The oldest members of the generation understood the recession from an intellectual perspective, which changed their trajectory into adulthood,” Dorsey explained.

“Gen Z is building their professional lives in such a divided country. We see this even in how the pandemic affected people. Disproportionately, minority and low-income communities were harmed.” – MANUEL PASTOR, UNIVERSITY OF SOUTHERN CALIFORNIA SOCIOLOGY PROFESSOR

“What our research shows is that Gen Z is much more frugal and pragmatic than Millennials. They’ve driven growth at thrift shops. The majority have emergency savings, which they may keep in Venmo or a cash app, but they have it in case something occurs,” he added.

Evidence of risk aversion by Gen Z is already surfacing.

A survey of nearly 1,600 people conducted by the investment management company Vanguard in August found that 39 percent of Gen Z respondents said COVID-19 had caused them to monitor their finances “much more” closely than before, as compared with 35 percent of Millennials and 28 percent of Gen Xers.

Building lives in a divided country

The economic challenges Gen Z is wrestling with now are often compared with those faced by Millennials who graduated into the Great Recession. But the economy is more than data. The national zeitgeist can also have an impact on how a generation behaves around money and finances.

“The 2008 recession also came with the Obama election, where Millennials had a sense of hope and change,” Pastor explained. “Now, Gen Z is building their professional lives in such a divided country. We see this even in how the pandemic affected people. Disproportionately, minority and low-income communities were harmed.”

“Many are experiencing an existential decision: Do I go out and work, and potentially get sick? What is my safety worth?” – MANUEL PASTOR, UNIVERSITY OF SOUTHERN CALIFORNIA SOCIOLOGY PROFESSOR

But Gen Z’ers also have a few advantages working in their favour.  They are the first truly digital generation – and Gen Z professionals who have been lucky enough to keep their jobs may have dodged a catastrophic blow to their finances, Aleksander Tomic, the associate dean for strategy, innovation, and technology at Boston College’s Woods College of Advancing Studies, told Al Jazeera.

“Gen Z is coming of age in a ‘location-independent’ era,” Tomic said, adding that remote work arrangements have given some the flexibility to move to places where the cost of living is lower, unlike Millennials who started entry-level jobs in big, expensive cities.

But there are drawbacks to that arrangement as well. Workers starting out remotely are missing out on the kind of socialising and professional networking opportunities that could ultimately help them advance, Tomic said.

While the vanguard of Gen Z is undoubtedly up against it, younger members of the cohort could actually be well-positioned to benefit from the paradigm shift that is underway.

“What we see is that it’s the middle and high schoolers who can really take this time and learn from it,” Dorsey said, adding that distance learning has allowed students to collaborate, engage, and learn from others in a whole new way.

But the longer-term outlook is also full of wildcards, including the psychological effects of the pandemic, which experts say could ultimately hold the greatest sway over Gen Z’s economic lives.

“This is a generation that knows fear and knows mortality. That won’t leave them, even after the recovery is complete,” Dorsey said.