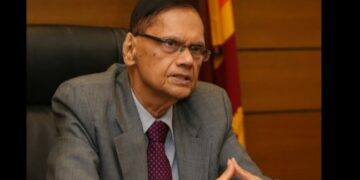 Why Sri Lanka has opted for a neutral foreign policy

Why Sri Lanka has opted for a neutral foreign policy

by Editor
in Around The World, Diplomacy, Sri Lanka
Reading Time: 6 mins read
18 0 Colombo, August 27 : Sri Lanka’s vigorously-pursued neutral foreign policy has been emphasized once again after the change that took place in the recent Cabinet reshuffle. The new Minister of Foreign Affairs Prof. G.L. Peiris – no stranger to international relations and external affairs – stressed the importance of the policy of ‘friendship with all’ by reassuring the envoys of India, China, United States and Russia in a single day, immediately after assuming office.

The emphasis was on the realistic approach to foreign policy that balances relationships with global and regional powers – India, China, the US, Russia, and Europe – while vigorously pursuing Sri Lanka’s own interests.

President Gotabaya Rajapaksa has stressed the policy of neutrality at several forums. Addressing the United Nations, he clarified that Sri Lanka is committed to a neutral foreign policy with no affiliations to any particular country or power bloc. Later, addressing foreign envoys, he said as Sri Lanka is located in a place of strategic importance and attracted to many parties, the country has chosen neutrality as its foreign policy.

Foreign policy experts pointed out that the issues that figured prominently during the meeting with Ambassador Qi included the most important development-led engagement with China and its flagship Belt and Road Initiative (BRI). While thanking the Government of China for the continued support provided to Sri Lanka, Prof. Peiris discussed priorities for enhancing relations between the two countries across a wide spectrum. The Chinese Ambassador reiterated China’s continued commitment to assisting socio-economic development in Sri Lanka as well as COVID-19 mitigating efforts of the Government of Sri Lanka. The discussions centered on COVID-19 cooperation, people-to-people exchanges, economic development, poverty eradication and multilateral cooperation. In particular, Foreign Minister Peiris requested China’s assistance for the immediate supply of liquid oxygen to meet the increasing demand.

Prof. Peiris prioritized the issue of the COVID-19 pandemic and Sri Lanka’s urgent need for oxygen supplies during his discussion with Indian High Commissioner Gopal Baglay. He expressed his appreciation for the continuous support being provided by India for combatting the COVID-19 pandemic. Minister Peiris thanked the Government of India for supplying emergency consignments of liquid oxygen from East Indian ports, using Indian Naval ships.

Minister Peiris and envoy Baglay highlighted the pivotal importance of relations between Sri Lanka and India which have stood the test of time as close neighbors, expressed satisfaction at the current level of cooperation and resolved to raise bilateral relations in multiple sectors to even higher levels. The discussion also centered on enhancing religious tourism. Foreign Minister Peiris appreciated the offer of US$ 15 million by the Government of India to preserve and promote Buddhist cultural sites in Sri Lanka and expressed interest in the early implementation of the offer.

Both sides also discussed the possibility of the early convening of the Indo-Lanka Joint Commission, which was last convened in 2016. It was agreed that the six Working Groups under the Joint Commission, covering specific subject areas – education, science and technology, tourism, trade and investment, fisheries and the power sector – should meet at the earliest possible opportunity.

The vexed issue of South Indian fishing vessels encroaching into Sri Lankan waters was also discussed and both sides agreed to search for a meaningful, pragmatic, long-term solution to the issue. Indian assistance to develop fisheries harbors in Sri Lanka was greatly appreciated by Prof. Peiris. The discussion also focused on the setting up of pharmaceutical manufacturing plants by India in Sri Lanka.

Among the key bilateral matters discussed in detail during the meeting between Minister Peiris and American Ambassador Teplitz were the convening of the US-Sri Lanka Partnership Dialogue, the Joint Commission of Trade and Investment Framework Agreement and US-Sri Lanka Sectoral Dialogues. Prof. Peiris welcomed private sector investments from the United States in Sri Lanka. The Foreign Minister also thanked the US for the assistance extended to combat the COVID-19 pandemic and the support extended to mitigate the environmental and socio-economic impact of the MV X-Press Pearl marine disaster and sought further cooperation.

Prof. Peiris welcomed the recent tripartite Letter of Cooperation between the Export Development Board, the USAID and the Ceylon Chamber of Commerce under the PARTNER program to offer training for Development Officers of the EDB.

Foreign Minister Peiris underscored the importance of Sri Lanka’s longstanding friendship and wide-ranging cooperation with Russia, and expressed appreciation for Russia’s support to Sri Lanka on issues of principle and relevance in multilateral fora.

The two sides agreed on the importance of pursuing shared solutions to the common challenges faced by humanity today with the COVID-19 pandemic. The meeting entailed reference to upcoming political consultations between the two Foreign Ministries; convening of the intergovernmental commission on trade, economic, scientific and technical cooperation and the commemoration of the 65th anniversary of Sri Lanka–Russia diplomatic relations in 2022.

Thus in a single day, Prof Peiris reassured four of the most important partners in development about Colombo’s neutral foreign policy that focusses on enhancing friendly cooperation with the global community.

As this is Asia’s Century, Sri Lanka is currently pursuing a ‘Look-East’ policy while keeping the old links intact. Sri Lanka favors an Eastward shift, while balancing great power rivalries in the strategic theatre of the Indian Ocean. Experts believe that considering Sri Lanka’s priority to acquire much-needed investment to jumpstart its ailing economy, forming expedient partnerships in Asia presents less hurdles than it does in the West.

At the same time Sri Lanka categorically stated during the talks with Western envoys that establishing new cooperation with East Asia would not be at the expense of economic ties with Western nations. The US, UK and European Union will remain key export destinations for the majority of Sri Lankan goods and products, and it is unlikely that the Government will imperil these economic avenues. Sri Lanka always clarified to the West that the underlying logic that will drive Sri Lankan diplomatic strategy is economic cooperation and seeking more investments.

Meanwhile, Sri Lanka continues to deepen engagement with other Asian states. Sri Lanka has stepped up economic and commercial relations with Japan, South Korea, Singapore, Malaysia and Bangladesh in recent years. An economist said that the Government will seek commercial opportunities with the cooperation of India and Japan to help offset domestic criticism over dependence on China.

Foreign policy analysts say that while the Government does not wish to get involved in a Sino-Indian or US-China power struggle, with heightened external geopolitical fissures in the region, balancing infrastructure diplomacy between China, India and the US will be a daunting challenge. The new Foreign Minister Peiris has done the right thing by reassuring four top foreign envoys and allaying their fears, if any.

The policy of neutrality is a useful tool for maneuvering out of difficulties in foreign relations. This is a good strategy for countries that do not see their future as partners of one or the other regional or global powers. It also gives the Government the ability to fence off encroachments from any side. Hence, a neutral foreign policy is the most viable and sensible option for Sri Lanka.