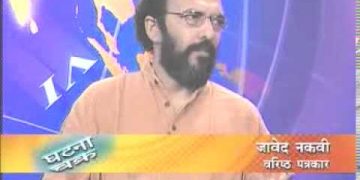 New Delhi, September 26 (Dawn): The nettle stings but the jewelweed grows by its side as a foil. And so it was with the India-Pakistan tensions on Friday. There were jingoist calls to send back Pakistan’s actors and singers from Mumbai, and there was the peaceful antidote.

A Kashmiri human rights activist was detained after the high court ordered his release. India-Pakistan peace veterans promptly demanded the release of Khurram Pervez, and more.

As if TV news channels mutating into horror shows of fear and revenge was not enough, the film workers association of the Maharashtra Navnirman Sena (MNS), an offshoot of the rightwing Hindu Shiv Sena, on Friday set a 48-hour deadline to all Pakistani artistes working in India to leave the country.

The MNS also threatened not to allow the release of Ae dil hai mushkil and Raees in the country as the films feature Pakistani actors Fawad Khan and Mahira Khan, respectively.

“We gave a 48 hour deadline to Pakistani actors and artists to leave India or MNS will push them out,” said Amey Khopkar, MNS Chitrapat Sena.

Mr Khopkar threatened to beat up Pakistani artists as well as those who cast them in their productions. “Pakis­tani kalakaar toh maar khaayenge hi, saath mein jo yahan producer/director hain woh bhi peetenge (Pakistani artists will be beaten up and so will the producers and directors),” he said.

Peace activist Sudheendra Kulkarni condemned the MNS threat, and said it was predictable. As chairman of the Observer Research Foundation Mum­bai and sponsor of the recently launched Mumbai-Karachi Friendship Associa­tion, Mr Kulkarni has the wherewithal to advance the cause of peace.

“It is characteristic of some political parties to take advantage of, and also to further contribute to, the prevailing tension between India and Pakistan,” Mr Kulkarni said in a statement about the MNS threat.

“I strongly condemn such threats because arts, music, literature, sports — and cinema, in particular — bring Indian and Pakistani people closer, authentically reminding us of the many cultural, social and spiritual bonds we share. They are not a part of the problem between India and Pakistan.”

On the contrary artists and writers could be a part of the solution, said the activist who was famously daubed with black paint by Sena hooligans recently. He has not relented.

“Rediscovering our common cultural-civilisational bonds would, surely, help us find a just, peaceful and mutually acceptable solution to the Kashmir problem. This would also be acceptable to the people of Kashmir, because Kashmir is an integral part of India and Pakistan.”

Mr Kulkarni said the cultural, sports and people-to-people exchanges bet­ween the two countries should be made immune to the political problems. “Indeed, they should be expanded. Specifically, the government of India should give complete protection to Pakistani artists and foil the threats issued by MNS.”

While the established mainstream media has revealed itself as weak in a crisis, the alternative media has stepped forward. The Counterpunch issued a statement, echoing the Pakistan-India Peoples’ Forum for Peace and Democracy (PIPFPD).

The PIPFPD called for the immediate release of Mr Pervez, who runs a leading NGO to track the missing and the disappeared persons in Kashmir.

“Any escalation could explode into a nuclear war. India on the other hand is threatening to withdraw from the 56-year-old Indus Water Treaty with Pakistan. This can lead to water war and what more?”

Fortunately, saner voices were stepping in, it said, echoing the call for citizens’ action from both countries to defuse the tense situation.

“Admiral L. Ramdas, a much-res­pected former chief of Indian Navy and Magsaysay award winner for peace initiatives, writes a letter to Indian prime minister pleading to keep the doors open for dialogue with the people of Jammu and Kashmir, as also with Pakistan.

“At the age of 83 he volunteers for any action that can bring peace to Kashmir and the whole subcontinent.”