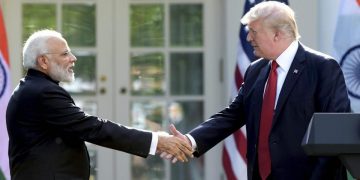 US set to end duty free entry to Indian goods worth US$ 5.6 billion

US set to end duty free entry to Indian goods worth US$ 5.6 billion WASHINGTON/NEW DELHI (Reuters) – U.S. President Donald Trump looked set to open a new front in his trade wars on Monday with a plan to end preferential trade treatment for India that allows duty-free entry for up to $5.6 billion worth of its exports to the United States.

India played down the impact, saying it was keeping retaliatory tariffs out of its talks with the United States, but the opposition could seize on the issue to embarrass Prime Minister Narendra Modi ahead of general elections this year.

Trump, who has vowed to cut U.S. trade deficits, has repeatedly called out India for its high tariffs, and U.S. trade officials said scrapping the concessions would take at least 60 days after notifications to Congress and the Indian government.