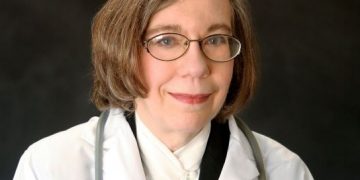 US Senate to hear anti-vaccine scientist

US Senate to hear anti-vaccine scientist

Dr. Jane M. Orient is the executive director of the Association of American Physicians and Surgeons promotes the anti-malaria drug hydroxychloroquine Washington, December 6: A doctor who is skeptical of coronavirus vaccines and promotes the anti-malaria drug hydroxychloroquine as a Covid-19 treatment will be the lead witness at a Senate Homeland Security and Governmental Affairs Committee hearing on Tuesday, prompting criticism from Democrats who say Republicans should not give a platform to someone who spreads conspiracy theories.

Dr. Jane M. Orient is the executive director of the Association of American Physicians and Surgeons, a group that opposes government involvement in medicine and views federal vaccine mandates as a violation of human rights.

“A public health threat is the rationale for the policy on mandatory vaccines. But how much of a threat is required to justify forcing people to accept government-imposed risks?” Dr. Orient wrote in a statement to the Senate last year, calling vaccine mandates “a serious intrusion into individual liberty, autonomy and parental decisions.”

In a phone interview on Sunday, Dr. Orient, an internist who received her medical degree from Columbia University in New York, resisted being cast as an “anti-vaxxer” and said she would not get a coronavirus vaccine because she had an autoimmune condition. She added that she opposed the government’s push for all Americans to be vaccinated against the coronavirus, noting that both vaccine candidates — one made by the Pfizer and the other by Moderna — use a new scientific method.

It seems to me reckless to be pushing people to take risks when you don’t know what the risks are,” Dr. Orient said, adding: “People’s rights should be respected. Where is ‘my body, my choice’ when it comes to this?”

Her selection as a witness as federal health officials are trying to promote a vaccine as a way to end a pandemic that has killed more than 281,000 Americans prompted harsh criticism from Senator Chuck Schumer, Democrat of New York and the minority leader.

“At such a crucial time, giving a platform to conspiracy theorists to spread myths and falsehoods about Covid vaccines is downright dangerous and one of the last things Senate Republicans should be doing right now,” Mr. Schumer said in a statement on Sunday.

But at least two Republican House members — Representative Andy Biggs of Arizona and Representative Jeff Duncan of South Carolina — appeared to embrace Dr. Orient’s warnings against government mandates. They took to Twitter to express those views.

A spokesman for the chairman of the Senate committee, Senator Ron Johnson, Republican of Wisconsin, did not immediately return an email message asking why Dr. Orient had been invited to testify.

Federal health officials are trying to enlist lawmakers in a campaign to encourage Americans to accept the new vaccines. An F.D.A. advisory committee will meet on Thursday to review data on the safety and efficacy of Pfizer’s vaccine candidate. If the agency grants the vaccine emergency authorization, rollout could begin shortly after.

In a private briefing with a bipartisan group of senators last month, Moncef Slaoui, the chief scientific adviser to Operation Warp Speed, the Trump administration’s vaccine development program, said that “it would help if senators got vaccinated,” according to a person familiar with the call.

Dr. Orient, who lives in Tucson, Ariz., said on Sunday that she would appear remotely during the hearing on early at-home treatment for Covid-19. She said in the interview that doctors were too often sending patients home with instructions to simply rest and ride out the disease.

The association has also sued the government in an effort to force it to release hydroxychloroquine from the national stockpile for use as a Covid-19 treatment, although the scientific evidence indicates that the drug is ineffective against the coronavirus. The case is currently before a federal appeals court.

Dr. Orient said she intended to use her testimony to call for government guidelines informing doctors about hydroxychloroquine as a potential treatment for Covid-19 patients, even though the Food and Drug Administration revoked an emergency authorization allowing the drug to be distributed from the national stockpile and has warned that it could harm those patients.

Dr. Orient’s organization has urged people to be cautious about the vaccine in blog posts with titles like “Should We Line Up for a 90% Effective Vaccine?” In her interview, she raised particular concerns about vaccinations for young people “because the effect on fertility has not been determined.” There is no evidence that any of the leading coronavirus vaccines affect fertility.