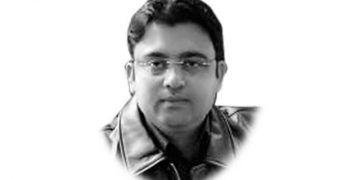 Under US pressure, India and Pakistan are scaling down war rhetoric

Under US pressure, India and Pakistan are scaling down war rhetoric

by Editor
in Around South Asia
Reading Time: 3 mins read
2 0 Islamabad, October 10: Realizing that war is not an option, Pakistan and India are quietly working to lower rhetoric after weeks of verbal duel and even border skirmishes that virtually brought the two arch-rivals to the brink of a military conflict.

When the national security advisers (NSAs) of the two countries spoke to each other by phone on October 2, their conversation was focused on how to prevent further escalation. Officials familiar with the development told The Express Tribune that NSA Lt-Gen (retd) Nasser Khan Janjua and his Indian counterpart Ajit Doval agreed that both sides should stop giving ‘provocative’ statements as a first step towards defusing tensions.

Janjua, however, told Doval that Islamabad, unlike New Delhi, was avoiding ‘warmongering’ because it strongly believed a military conflict would have devastating consequences for both countries. Doval, according to officials, assured Janjua that the Modi administration wanted de-escalation and would make sure no Indian official makes unnecessary statements.

It was because of this understanding, Prime Minister Narendra Modi last week stopped his cabinet ministers from ‘chest thumping’ on self-styled surgical strikes and said only concerned ministers would make statements on relations with Pakistan. The move is apparently part of his efforts to avoid taking prevailing tensions to a point of no return after the United States persuaded him to open ‘channels of communication’ with Pakistan.

akistan’s High Commissioner to India Abdul Basit confirmed efforts are under way to defuse the current standoff between the two countries, although he said there were little hopes of India returning to structured dialogue in the near future. “In diplomacy, doors remain open,” Basit said, adding that he was in contact with Indian authorities on current tensions.

Military officials have also said that the directors general military operations (DGMOs) of Pakistan and India are in contact with each other to ensure current tensions along the Line of Control do not get out of control.

Chief military spokesperson Lt Gen Asim Bajwa recently told China’s official Xinhua news agency that all military channels of communications remained open between Pakistan and India to lower tensions. He made it clear that Pakistan did not want escalation but was ready to hit back in case of any ‘misadventure’ from across the border.

In his assessment, the Pakistani high commissioner said India might not return to any dialogue process before the crucial state elections in India next year. Basit believes Modi’s current policy towards Pakistan is driven by ‘domestic compulsion’.

However, officials in Islamabad said that Pakistan wanted to have a ‘manageable relationship’ with India even during times of crisis.

Prime Minister’s Adviser on Foreign Affairs Sartaj Aziz also painted a grim picture of normalisation of relationship with India under the Modi government. “There is no hope for a breakthrough in relations with India under Modi,” Aziz told state-run APP news agency.

But Senator Mushahid Hussain Syed, who was in Washington as the prime minister’s special envoy to convey Pakistan’s concerns on disputed Kashmir region, expects a ‘positive U-turn’ from Modi on dialogue with Islamabad. His optimism stemmed from the fact that the US is ‘pushing and prodding’ India to avoid escalation in tension with Pakistan.

Mushahid was of the view that Modi is “not from the Indian Delhi establishment, where you have unsmiling crusty old men who are always sulking and who are stuck in the old Cold War mentality, as he is an outsider.”

“I feel that there would be Saarc summit in Islamabad. Modi will come there. And he will embrace Nawaz Sharif. I think, Modi will realise that this is the way forward,” he added.