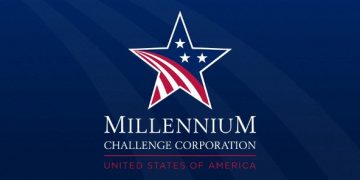 Colombo,  December 17: On December 15, the Millennium Challenge Corporation (MCC) board decided to discontinue the proposed Rs. 89 billion (approximately US$ 480 million)  MCC development assistance grant to Sri Lanka due to lack of partner country engagement, the US embassy said in a statement here on Thursday.

The Rs. 89 billion approved for Sri Lanka will be made available to other eligible partner countries in need of grant funding to pursue their economic development priorities, reduce poverty, and grow their economies.

Country ownership, transparency, and accountability for grant results are fundamental to MCC’s development model. MCC has successfully partnered with nearly 30 countries worldwide on 38 grant agreements, totaling nearly $13.5 billion.  These grants have lifted millions of people from poverty by catalyzing local and domestic investment.

The United States remains a friend and partner to Sri Lanka and will continue to assist Sri Lanka in responding to COVID and building its economy, the embassy statement said.

Newsin.asia adds: The grant, which was meant for a land and a transport project, became highly controversial in the island nation with nationalists up in arms against it. Nationalists alleged that the grant was meant to make agricultural land marketable, thereby dismantling the existing system in which government, which owns 80% of the land, leases them out to peasants. The idea behind the established system was to prevent the alienation of land which is dear to peasants who constitute 70% of the island’s labor force.

More importantly, nationalists feared that the country’s scarce land resources would finally end up in the hands of Western individuals and corporations endangering the sovereignty of Sri Lanka.

The MCC selected Sri Lanka for the grant in December 2016 but immediately ran into trouble in the island. Nevertheless, the then pro-West government led by Prime Minister Ranil Wickremesinghe, stuck  to the decision to accept the MCC compact. But it became a major election issue when Sri Lanka held the Presidential poll in November 2019. Front runner Gotabaya Rahapaksa of the Sri Lanka Podujana Peramuna (SLPP) promised to review all agreements with foreign countries from a nationalistic angle. A review of the MCC was on the top of his agenda.

Gotabaya secured a massive endorsement of his line on the MCC. The SLPP reiterated the promise to review the MCC in the run up to the parliamentary elections in August 2020. Again, the SLPP got a massive popular endorsement of the nationalistic line when it secured a two-thirds majority in parliament.

The US then saw the writing on the wall and stopped pressing for the implementation of the MCC compact. When the US Secretary of State Mike Pompeo visited Sri Lanka and met President Rajapaksa he did not press for it. He told the Sri Lankan media subsequently that it was up to Sri Lanka to accept or reject the grant.

According to the MCC website, the compact sought to assist the Sri Lankan government in addressing two of the country’s binding constraints to economic growth: (1) inadequate transport logistics infrastructure and planning; and (2) lack of access to land for agriculture, the services sector, and industrial investors.

The compact was to be composed of two projects: a Transport Project and a Land Project. The Transport Project aimed to increase the relative efficiency and capacity of the road network and bus system in the Colombo Metropolitan Region and to reduce the cost of transporting passengers and goods between the central region of the country and ports and markets in the rest of the country.

The MCC website said that the goal of the Land Project was to expand and improve existing Government of Sri Lanka initiatives to increase the availability of spatial data and land rights information. This project was meant to help the government identify under-utilized state land that could be put to more productive use and maximize rents from lands that the government leases. It would also increase tenure security and tradability of land for smallholders, women, and firms by digitizing deeds records so that they are less vulnerable to damage, theft, and loss.

The nationalists in Sri Lanka had no objections to the transport segment of the compact, but they opposed the land project tooth and nail. A Presidential Commission appointed to examine the MCC proposal said that it was not advisable to accept it in the existing form and suggested re-negotiation.

The US, apparently, was not keen on re-negotiations. It was in the context of such a stalemate that the MCC Board decided to withdraw the grant, it is learnt.