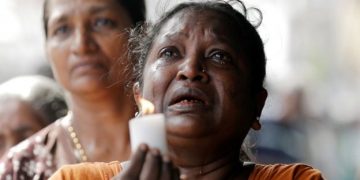 Unlike other causes of death, terrorism destroys our way of life

Unlike other causes of death, terrorism destroys our way of life On 28 June 1914, a 19-year old Bosnian-Serb, Gavrilo Princip, shot and killed the heir apparent to the Austrian throne, Archduke Francis Ferdinand, unaware that the act would push the world into a five year long World War killing 16 million people and ending with the most unequal Treaty of Versailles.

Given that humiliating closure for the vanquished powers, experts describe the Second World War as nothing but a continuation of the First World War.

World War II ended with two atomic bombs being dropped on Japan thus unleashing the nuclear age and also the Cold War era where scenarios of ‘nuclear armageddon ‘and ‘nuclear winter’ were to raise specters of human extinction.

It took more than a decade, and the Cuban Missile Crisis of 1962, for the proponents of the post-1945 Cold War to even recognize this phenomenon and ascribe it a name. Their deterrence theologies meanwhile fine-tuned ‘mutual assured destruction’ and ‘city busting’ doctrines. These, it is said, have assured that there would be no Third World War.

In terms of the their pervasiveness and destructive power the two World Wars involved a few European powers along with some of their colonies, and China and Japan. Sabre-rattling about nuclear brinkmanship involved only two superpowers and their military alliances, leaving the bulk of the world nonaligned.

But terrorism is a different kettle of fish altogether. It is truly global and all embracing. The existential challenge from terrorism today is completely different. Bigger and wider than all manifestations of violence so far, terrorism presents the most pervasive global killing machine without chances of redress or respite.

Terrorism has been there since ancient times. But today it has developed an unprecedented system-shaking power undermining state structures.  Today, terrorism is incrementally destroying the human race; in tiny and not-so-tiny packages, on a daily basis.  Its world wide web saw growth after the collapse of the Soviet Union that ended the rigid bipolar system. 9/11 has since seen the world wake up to the power and potential of outfits like Al Qaeda and the Islamic State, and several of their franchisees like Al Shabab, Abu Sayaf, Boko Haram, Haqqani Network, Hezbollah, Lashkar-e-Toiba, Jaish-e-Mohammed etc eroding centuries old state-centric peace-preserving customs, conventions and capacities.

Like mosquitoes biting a tiger, these radicalized invisible fighters with no legal or moral compunctions, are often able to choose their time and place of attack while State agencies remain rule bound, highly visible and therefore vulnerable.

States often respond by increasing the dose of the same old prescription, namely, expanding the apparatus of security and surveillance, with little time and capacity to revisit their diagnoses.

This results in the State being accused of attacking civil liberties and human rights. By sleepwalking in their denial mode, they fall victim to the global chessboard of terrorists dictating attacks at easier yet visible targets like what one saw in Sri Lanka this April.

Those with leverage, are cutting secret deals with terrorists. The dialogue with a ‘moderate’ Taliban is aimed at ensuring that terrorists do not harm their citizens, interests and investments. No doubt, one country’s freedom fighter continues to be another’s terrorist.

Apart from this unending physical death and destruction, the real sting of terrorism lies is germinating similar impulses in other people’s minds; sowing divisive tendencies amongst and within communities and nations.

For example, soon after the Easter Sunday terrorist attack on Christian churches in Sri Lanka, last weekend saw Jews being stunned by sounds of gunfire in their place of worship in Poway ,a  suburb of city of San Diego in the United States. A 19-year old with an AR-15 walked into the Chabad last Saturday afternoon shouting anti-Semitic slurs. He managed to kill only one and injure three thanks to weapon’s malfunction. But a myopic and whimsical President Trump continues to treat repeated attacks by White supremacists as the handiwork of a “few misguided people.”

A cursory glance at Wikipedia shows that not a single day of April passed without terrorist incidents. To recount some major ones, the month began with 62 people being killed in Burkina Faso. On 3rd April the Taliban in Afghanistan killed 30 soldiers in Bala Murghab. On 12 April a suicide attack in Quetta (Pakistan) killed 20 people. Taliban killed seven Afghan soldiers in Ghor. On 15th April Boko Haram killed seven soldiers in Chad but forces retaliation killed 63 terrorists. On 18 th. Baloch separatists in Pakistan killed fourteen people and the ISIS killed ten Syrian soldiers. On 21st April, when the world woke up to suicide attacks in Sri Lanka, Al Qaeda killed sixteen soldiers in Mali.

According to a U.S. Department of Homeland Security report, on average, there were 715 terrorist attacks, causing 1,563 deaths, injuring 1,623 people, and involving 745 hostages or kidnap victims per month worldwide in 2017.

By all accounts this seems like an unending nightmare.

The ISIS today represents the most visible and brutal face of global terrorism.  Following the retreat of its  battle-hardened core fighters from Iraq  and Syria, its strength lies in its silent sympathizers and its pool of online radicalized youth.  The strength of ISIS is believed to be its financial muscle with millions of dollars laundered through banks and invested in legitimate businesses earning revenues for providing radicalized youth with weapons and incentives. It has been successful in recruiting suicide bombers in multiple nations, providing them training in bomb-making far way from the Caliphate.

So, even as the Caliphate is territorially weakened, its communications network is still alive and kicking. This calls for a foolproof, globally calibrated information and intelligence-led ‘pre-empting the predator’ strategy.

With such a monster knocking at the door, contrarian analyses sometimes make a moral appeal putting death and destruction in perspective. Analysts of this genre cite Oxfam data for 2017 showing how 80 lakh children under 5 years of age die due to  multiple causes including malnutrition, while terrorism and armed conflicts together kill no more than 77, 000.

The Seattle-based Institute for Health Metrics and Evaluation data for 2017 shows cardiovascular diseases being the cause for nearly 32 per cent deaths around the world compared to terrorism which accounts for just 0.06 per cent.

While all other challenges remain important, none of these other causes of death and destruction — natural disasters included — threaten our ‘way of life’ and that’s what makes threats from terrorism so different.

Therefore, this calls for urgent and extraordinary global initiatives to redress or rein in the emerging global monster of terrorism.

Assessments like the Global Terrorism Index 2018 complied by the Institute for Economics and Peace show how, having peaked in 2014, terrorism-related deaths and destruction have declined for the last three years. But this should be taken with a pinch of salt.

Of all security challenges, terrorism has been least amenable to predictions and projections of any kind. Its  past is not a reliable frame for predicting its future strategies.