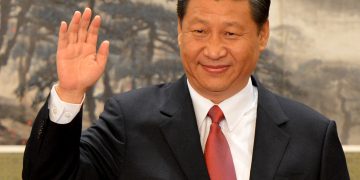 Sept 7 – In what is being seen as a setback to bilateral relations between the two countries, Chinese President Xi Jinping, who was expected to visit Nepal in October, has cancelled the trip.

This was conveyed to Nepalese Foreign Secretary Shankar Bairagi by the Chinese ambassador to Nepal Wu Chuntai during a meeting two days ago.

Sources told The Indian Express that the Chinese side expressed disappointment with Nepal over a host of issues. According to sources, the Chinese are displeased with Nepal’s apparent lack of preparedness and commitment to joining its One Belt, One Road project — a framework that proposes connectivity and cooperation between China and the rest of Eurasia.

The Chinese are also learnt to be unhappy over the Nepalese side “not implementing the agreements and understandings” reached between the two countries during former Nepal prime minister K P Oli’s visit to Beijing in March.