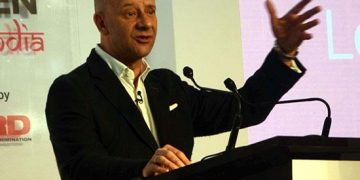 by Editor
in Around The World, India, Top Story
Reading Time: 2 mins read
1 1 New Delhi, April 15 (UN): The UN Resident Coordinator in India said on Friday that the UN “strongly condemns” the gang rape and murder of an eight-year-old girl in Kathua district in Jammu and a 17-year-old girl in Unnao in Uttar Pradesh.

“We are deeply concerned about the prevalence of gender-based violence, including sexual violence against women and girls, which we are witnessing in India,” said Mr. Yuri Afanasiev, UN Resident Coordinator in India.

“We take note of the investigation and judicial processes that are now underway in the two cases and are hopeful that they will result in speedy justice for the girls and their families. We also hope that their families and communities will be protected and their rights upheld.”

Sadly, these are not isolated cases. There are many others who remain invisible, unheard and therefore, not counted due to everyday normalization of sexual and other forms of violence. Such normalization can only be prevented through strong engagement with schools, colleges, communities, state machineries and elected leaders, and a policy of zero tolerance of violence against women and girls. Addressing impunity at every level – family, community, institution – is crucial.

In addition, the Criminal Law Amendment Act, 2013, and the Protection of Children from Sexual Offences Act, 2012 (POCSO), must be effectively implemented. Some flagship schemes and programmes have the potential to address structural gender inequalities – these can be amplified. Others can be enhanced to ensure equal opportunities for and benefits to women and men, girls and boys. Strengthening law enforcement, judicial and health systems and other essential services for women and girls is critical to support and respond to women, girls, child victims and child perpetrators.

The UN supports the progressive laws and policies that the Government of India and civil society have developed together. Strengthening implementation and enforcement, including of the recommendations in the Justice Verma Committee report, can close the gap between stated policy and lived reality for millions of vulnerable persons.

An unequivocal commitment by leadership at the highest level to address sexual violence and to ensure accountability for such crimes is essential for justice to be delivered. “The UN stands ready to support the Government and others to end violence against women and girls” said Mr. Afanasiev.

(The image at the top shows TYuri Afanasief, UN Resident Coordinator in India)