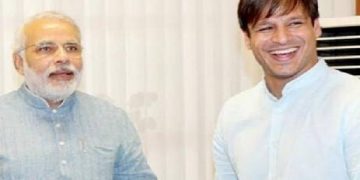 Share on WhatsApp
Mumbai, January 2 (Times Now/Tribune/newsin.asia): Two contrasting films are to be made on Indian Prime Minister Narendra Modi in the run-up to the May 2019 parliamentary elections. One is expected to be laudatory and the other, produced by the Gujarat Dalit leader Jignesh Mevani, is expected to tear him apart.In retaliation of “The Accidental Prime Minister,” Gujarat’s Independent MLA Jignesh Mevani has announced to produce a Hindi film on the life of Prime Minister Narendra Modi called “Chowkidar Hi Chor Hai” (Watchman Himself Is The Thief)

Though the project is still at its conceptual stage, Mevani said the film would be completed and released in April-May 2019 before the Lok Sabha elections. He said the title of the film would be “Chowkidar Hi Chor Hai”, a slogan coined by Congress president Rahul Gandhi for Modi, accusing him of irregularities in the Rafael deal. “The Accidental Prime Minister” based on the life of former Prime Minister Manmohan Singh has sparked off a major political controversy between the BJP and the Congress with both the parties matching each other in trading barbs.

Mevani’s film would highlight Modi’s style of functioning both as Chief Minister of Gujarat for 12 years and as Prime Minister. He said the film would also focus on adverse impacts of Modi’s “Tughlaqi” decisions like demonetisation and “faulty” implementation of GST, ‘social divide’ in Gujarat, harassment of Dalits and minorities and other issues along with some important events of his life. An advocate by profession, Mevani emerged as a young Dalit leader by taking up the cause of the four Una Dalit youths who were mercilessly beaten up by some self-styled cow vigilantes.

Though he refused to join any political party, the Congress did not field any candidate against him in the Vadgam reserve constituency in the 2017 Assembly elections. If not openly, the Congress is likely to extend all indirect assistance to help Mevani complete his film project before the parliamentary elections.

Though the project is still at its conceptual stage, Gujarat’s Independent MLA Jignesh Mevani said the film would be completed and released in April-May 2019 before the LS  poll. He said the title of the film would be “Chowkidar Hi Chor Hai”, a slogan coined by the Congress chief for Modi, accusing him of irregularities in the Rafael deal.

For the laudatory film, Krrish 3 actor Vivek Oberoi is reportedly being considered. Latest media reports are suggesting that Omung Kumar, who has previously directed Mary Kom and Sarbjit, also biopics, is now keen on exploring the story.

Prime Minister Modi who has actually had some really humble beginnings in his life, from being a tea vendor in his early days to becoming the face of world’s largest democracy, definitely has a story worth sharing with the world. Given the amount of his fan following, the movie is bound to be a commercial success at the time it is actually released.

According to a report published in Bollywood Hungama, the Saathiya actor would be using his full name – Vivekanand Oberoi in the credits for the movie. The project, as per sources, is to be shot extensively across different parts of the country – from Modi’s hometown in Gujarat to Delhi, Uttarakhand and Himachal Pradesh.

Vivek Oberoi, at present, is busy experimenting in the South cinema industry. He was last seen in Kannada movie Commando and the Tamil movie Vivegam. He would next be seen in the Malayalam movie Lucifer and Vinaya Vidheya Rama, a Telugu movie.