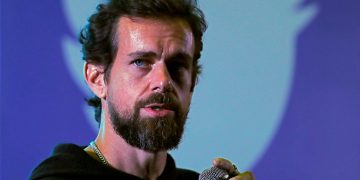 Twitter just told employees they can work from home permanently

Twitter just told employees they can work from home permanently May 13 (BusinessInsider) – Twitter CEO Jack Dorsey told employees in an email on Tuesday that they would be allowed to work from home indefinitely, even after COVID-19 shutdowns end.

Dorsey also said Twitter’s offices wouldn’t be reopened until September at the earliest, BuzzFeed News first reported. Twitter told employees to start working from home in March, but the offer doesn’t extend to employees whose jobs mandate that they return to the office, like those tasked with server maintenance.

A Twitter representative told Business Insider that the decision meshed with the company’s broader mission to support employees working from anywhere, adding that “the past few months have proven we can make that work.”

“Opening offices will be our decision, when and if our employees come back, will be theirs,” the representative told Business Insider. “When we do decide to open offices, it also won’t be a snap back to the way it was before. It will be careful, intentional, office by office and gradual.”

The new policy also means that most open roles at Twitter will be remote-optional going forward, Dorsey said.

Twitter will continue to suspend business travel and won’t hold any in-person events for the rest of 2020, the representative said. The company will assess 2021 events later this year.

Other major tech companies have announced lenient work-from-home plans, but few go as far as Twitter’s. Google, Microsoft, Facebook, and Amazon have all told employees that they can keep working from home through the fall, even if their offices reopen sooner.

Even before the COVID-19 outbreak, Dorsey had voiced plans to encourage a “distributed workforce” with more remote employees living outside San Francisco, where the company is headquartered.

“I don’t fear any slowness as we work to distribute our workforce now, and I do think we have to build a company that’s not entirely dependent on San Francisco,” Dorsey said during an earnings call in February. “As we look forward, we’re reaching a talent pool that expects a lot more remote work … We should be building our company around that. I haven’t made any plans just yet for this year, but I do expect that I will travel.”