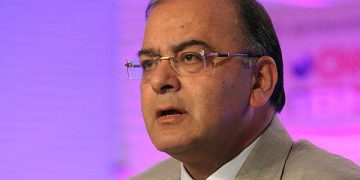 New Delhi, October 16 (PTI): Amid the ongoing debate over ‘Triple Talaq’ (according to which a Muslim man can divorce his wife by saying Talaq thrice), India’s Finance Minister Arun Jaitley said on Sunday that the government is of the clear view that personal laws should be constitutionally compliant and in conformity with norms of gender equality and the right to live with dignity.

In a Facebook post titled “Triple Talaq and the Government’s Affidavit”, he said that governments in the past have shied away from taking a categorical stand that personal laws must comply with Fundamental Rights but the present one has taken a clear position on the issue.

“Personal laws have to be constitutionally compliant and the institution of Triple Talaq, therefore, will have to be judged on the yardstick of equality and the Right to Live with Dignity. Needless to say that the same yardstick would be applicable to all other personal laws,” he said.

In its affidavit in Supreme Court on October 7, the Law Ministry argued that polygamy and Triple Talaq should be done away with, and said that such practices “cannot be regarded as essential or integral part of the religion”.

“The academic debate with regard to the Uniform Civil Code can go on before the Law Commission. The question to be answered is that, assuming that each community has its separate personal law, should not those personal laws be constitutionally compliant?” Jaitley asked.

There is a fundamental distinction between religious practices, rituals and civil rights ,he said.

“Religious functions associated with birth, adoption, succession, marriage, death, can all be conducted through rituals and customs as per existing religious practices.

“Should rights emanating from birth, adoption, succession, marriage, divorce etc. be guided by religion or by constitutional guarantees? Can there be inequality or compromise with human dignity in any of these matters?” Jaitley wondered.