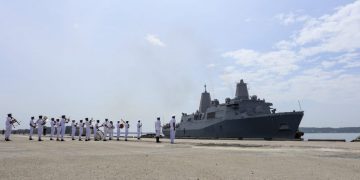 The elaborate plans for the development of Trincomalee town and the associated Colombo-Trincomalee Economic Corridor  (CTEC) drawn up the Ranil Wickremesinghe government in 2018 can be implemented only if the controversy over the US$ 480 million Millennium Challenge Corporation Compact (MCC) with the US is settled, an informed source said. The two are linked.

According to the highly placed source, the MCC, as it stands today, has clauses which violate the Sri Lankan constitution.

MCC projects will have to be administered jointly by the Sri Lankan government and the American MCC under a system enunciated by the MCC, which is a foreign entity. This cannot be accepted.

The committee appointed by President Gotabaya Rajapaksa to go into the MCC proposal has said in its interim report that the proposal has constitutional and national security issues which need to be addressed before MCC is accepted.

There has been political opposition to regularizing land deeds and making agricultural lands saleable, if these measures will make land saleable to foreigners. There has been opposition also to the Colombo-Trincomalee West-East Corridor dividing Sri Lanka at the middle, cutting off the Sinhala-majority South from the Tamil-majority North.

Udaya Gammanpila MP, an ally of President Gotabaya’s Sri Lanka Podujana Peramuna (SLPP), said that while the transport and road improvement parts of the MCC (or 70% of it) are  acceptable, the land registration part of it is not.

While Sri Lanka is all for giving secure land titles to individuals to enable them to put their land to productive use, any attempt to make them available to foreign buyers as result of a pact like the MCC, will not be unaccepted, Gammanpila said.

The MCC Compact, as approved by the previous government, says that one of the aims is to increase availability of information on private land and under-utilized State land in order to increase land market activity.

While the US Embassy has denied that the US will buy up any land under the MCC, Vasudeva Nanayakkara, a Leftist MP, said that the US will use its financial clout to get land released for foreign buyers. Sri Lanka will be obligated to accept such land transfers, having taken the US$ 480 million MCC as a grant from the US, he said.

“Such land transfers will lead to the impoverishment of the rural masses, whose economy is land based,” he added. “We want the land project to be dropped and the transport and road connectivity projects retained. But the US wants us to accept the entire package or forego the grant. That is not acceptable,” Gammanpila said.

But going by Gotabaya Rajapaksa’s election manifesto, Trincomalee development is not one of the highlighted goals. Importance and priority had been given to the development of the Colombo and Hambantota harbors not to the Trincomalee harbor, though it is acclaimed as a natural harbor with great potential.

After elaborating the development of Colombo and Hambantota ports, the manifesto equates Trincomalee with minor ports like Galle and  Kankasanthurai and says that these ports will be “developed according to the requirements of each region and to facilitate the needs of national economic corridors.”

Contrast this with former Prime Minister Ranil Wickremesinghe’s vision. When the Trincomalee development plan was launched, Wickremesinghe said: “Countries in the Bay of Bengal region will develop greatly within the next 20 years. Populations in that region will reach three billion by 2050. Therefore, we will have to develop Trincomalee as the Eastern gate”.

According to Surbana Jurong Consultants Managing Director Philip Tan, the Trincomalee would witness the development of an international airport in Hingurakgoda (in North Central Province), a new City Centre, multi-story parking centers, an amusement park, an international cricket stadium, several highways, specialized highways such as dedicated freight highways, a cruise terminal, container terminal at China Bay, an oil refinery and an LNG power plant. He further said that the entire Trincomalee project is to be completed by 2050.

Trincomalee would be made an export hub by creating a clean industrial ecosystem, which can add value to the already abundant agriculture, aquaculture, minerals and resources in the area. Trincomalee will also be an Eastern Logistics Centre.

In keeping with the Sri Lankan government’s development strategy, Vision 2025, the Asian Development Bank (ADB) had initiated a comprehensive development plan for the Colombo-Trincomalee Economic Corridor (CTEC) to address some of the development challenges faced by the country. An economic corridor development plan with a potential to generate 1.2 million new jobs by 2030 was proposed by the ADB.

Trincomalee is home to 99 giant oil tanks built by the British during World War II. In the 2000s, the Sri Lankan government handed the tanks to the Indian Oil Corporation to be used in collaboration with the Ceylon Petroleum Corporation. However, only some tanks were refurbished and used. India has plans to refurbish more tanks to serve an emerging market in the Bay of Bengal area and South East Asia.

The US appears to be more interested in the strategic value of the Trincomalee port, vis-à-vis an increasingly belligerent China.The Wickremesinghe government also wanted Trincomalee to be develop into a major naval base, a prospect in which the Americans, Japanese and Indians were keenly interested.

Close on the heels of the visit of the Japanese Defense Minister Onodera to Trincomalee, the USS Amphibious Transport Dock USS Anchorage (LPD 23), along with the13th Marine Expeditionary Unit (MEU), arrived there for a visit on August 24.

The visit was an opportunity for the US Seventh Fleet to explore local logistics support services for visiting naval forces operating throughout the Indo-Pacific region.

“This visit and training will build our shared capacity to respond to humanitarian emergencies in the Indo-Pacific region.  We’re also excited to try out the air logistics hub concept which utilizes Sri Lanka’s strategic location in the Indian Ocean to ensure the quick availability of relief supplies, equipment and other material when needed by the US and partner militaries and humanitarian organizations,”  said an US embassy official.