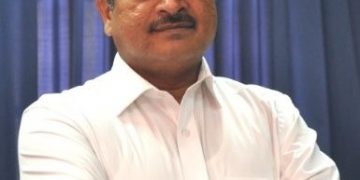 Industry veteran Hiran Cooray was elected as Chairman, while Ranjit De Silva was appointed as Secretary to the Committee and Nimesh Herath as the Coordinator to the Minister and the Committee The inaugural meeting of the newly-appointed committee took place on 28 October at the Sri Lanka Institute of Tourism and Hotel Management (SLITHM), where industry veteran Hiran Cooray was elected as Chairman, while Ranjit De Silva was appointed as Secretary to the Committee and Nimesh Herath as the Coordinator to the Minister and the Committee.

Herath said that in deciding the composition of the Advisory Committee the importance of getting the professionals from all key sectors of the industry was considered including travel industry, hoteliers and wellness tourism, digital marketing, online marketing and Online Travel agents. He said some of the sectors of the modern tourism industry had been previously overlooked in the composition of the Committee.

He said that tourism had been identified as a thrust sector in President Rajapaksa’s national strategy document and vision ‘Vistas of Prosperity and Splendour’ with a specific goal of achieving seven million tourists and $ 10 billion in foreign exchange in the medium- to long-term.

Following the outbreak of COVID-19 pandemic, the Government had extended major support for the survival and subsequent recovery of the tourism sector, Minister Ranatunga said.

Given the ongoing challenges he also stressed on the importance of identifying alternative income methods for the people who are affected by the pandemic.

Minister Ranatunga requested the newly-appointed Committee to draw up a framework and come up with a proposal to open the country for travel again initially through a travel bubble or travel corridor as well as in the short term finding alternate means of livelihood for those dependent on the tourism sector.

With the assistance of the committee Ranatunga assured to use all the powers under the Ministry to revive the industry and to achieve President Gotabaya Rajapaksa’s vision for the tourism sector.

Advisory Committee Chairman Cooray outlined the complex structure of the tourism industry which comprised various segments and pointed out that with all diverse views and requirements, not all would have a united approach. However, he said that the areas where the industry stood united were promotions and development at national level.

Given the pandemic, he pointed out that tour operators were the most affected, adding that hotels had business till very recently with domestic market travelling and hotels being given for quarantine purposes.

In addition, he highlighted the financial difficulties the stakeholders were experiencing at present with interest accumulating as most were unable to pay with no income support, noting that there was a need for some form of Government assistance.

Cooray also stressed on the importance of a proper campaign to position Sri Lanka as a tourist destination and develop tourist attractions while encouraging more sustainable tourism.

He emphasised on the need to have a proper plan under the Minister’s leadership with assistance of the Advisory Committee, as over one million people were dependent on this industry.