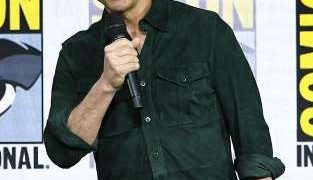 It seems the Hollywood star, 58, will be onboard the SpaceX Crew Dragon capsule on its scheduled October 2021 trip to the International Space Station, according to Space Shuttle Almanac.

by Editor
in Around The World, Entertainment, Instagram, Movie
Reading Time: 2 mins read
2 0 © Provided by Daily Mail Mission Possible: Tom Cruise's plan to make a movie on board the International Space Station is set for October 2021 as Hollywood star gets first tourist seat in SpaceX Dragon Crew

September 23 (DailyMail) – He’s renowned for taking risks as the star of the Mission: Impossible movies.

And now Tom Cruise is confirmed for what’s probably his most daring mission yet.

It seems the Hollywood star, 58, will be onboard the SpaceX Crew Dragon capsule on its scheduled October 2021 trip to the International Space Station, according to Space Shuttle Almanac.

As first reported by NME.com on Tuesday, the Space Shuttle Almanac tweeted out a graph of the upcoming planned launches to the ISS complete with crew manifests.

Aboard the first tourist trip, the schedule notes, will be Cruise and director Doug Liman, 55.

NASA and Space Shuttle veteran Michael Lopez-Alegria will be the pilot on the trip and there is one, as yet unfilled, tourist place available in the new four-person Crew Dragon.

It had been announced earlier this year that Cruise and Liman had teamed up with SpaceX founder Elon Musk and NASA to make a movie aboard the ISS.

Back in May, NASA Administrator Jim Bridenstine tweeted: ‘NASA is excited to work with @TomCruise on a film aboard the @Space_Station!’

He explained: ‘We need popular media to inspire a new generation of engineers and scientists to make @NASA’s ambitious plans a reality.’

Little else is known about Cruise’s plans to shoot in space except that it’s believed Liman has penned a draft screenplay for the project.

Cruise and Liman worked together on the films American Made, released in 2017, and 2014’s Edge Of Tomorrow.

Cruise has never been one to shy away from daring challenges for his movies, and is known for his detailed preparations and daring stunts.

In 2016, the actor broke his ankle while performing a rooftop-to-rooftop leap on the London location set of Mission: Impossible – Fallout.

The groundbreaking public-private partnership between NASA and Elon Musk’s SpaceX took a giant leap forward on May 30 when the Crew Dragon spacecraft aboard a Falcon 9 rocket was launched from Florida’s Kennedy Space Center.

Onboard were NASA astronauts Douglas Hurley and Robert Behnken marking the first crewed launch to the International Space Station from the United States since the final flight of NASA’s Space Shuttle fleet in 2011.

The mission was a complete success with the astronauts returning safely to Earth on August 2.