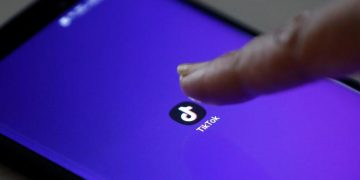 by Editor
in Around South Asia, Around The World, India, Tech, World
Reading Time: 2 mins read
2 0 April 18 (India Today) – Popular video-based platform TikTok has been facing some legal issues in India for a while and has been finally banned by Google and Apple after a court order. The app is no more available for download on both the Google Play Store and Apple App Store for Indian users. However, if users already have the app pre-installed on their devices, they can continue to use it for creating and viewing content as of now.

Originally known as Musical.ly, the service was acquired by Bytedance Technologies and renamed as TikTok is marketing across the world. TikTok came into trouble after a case was filed against the service for hosting content related to child pornography and exposing children to sexual predators. The court had asked the government to ensure a ban on TikTok in India, following which the government requested Apple and Google to ban the app from their respective app stores.

If you use TikTok and are worried about the issue, here’s all you need to know about the TikTok fiasco.

What has happened with TikTok in India

The TikTok app is no more available for download on the Google Play Store and Apple App Store in India.

What has Google done

Under the state court order, Google has removed the TikTok app from the Play Store. This means that Android smartphone users won’t be able to download the app or receive app updates anymore from the Google Play Store. However, those who already have the app pre-installed can still continue to use it.

What has Apple done

Apple has also obliged to the state court order and removed the TikTok app from the App Store. This means iPhone users won’t be able to download the app anymore and won’t be receiving any app updates till the issue is resolved. However, if the app is preinstalled, users can still continue to use it.

The Indian government was asked by the state court to comply with the order and issue a request to both Apple and Google to ban the app from their ecosystems.

What does the court say and what’s next

The original complaint was filed in the Supreme Court, which was diverted to a state court last week. The court has issued a directive that asks the government of India to issue a ban on TikTok. The ban has been issued as it found that the app encouraged child pornography and can lead sexual predators to attack children via the platform.

What did TikTok say in court

The Supreme Court filing stated that TikTok’s owner Bytedance approved that it found a “very minuscule” amount of content on the platform that was found to be obscene or inappropriate.

Is using TikTok a criminal offence in India now?

No, you can still use TikTok if you have the app pre-installed on your device. The ban has so far been implemented only on the distribution of the app via official sources.

While the Play Store and App Store have banned the app, you can still download the app from third-party sites on Android. You can download the APK file of the app from multiple websites and install it on your device.