Beyonce Sold Out Her New Ivy Park Collection With Adidas in a Weekend. Here Are the Marketing Strategies She Used

Dhaka, September 14 (The Daily Star): Taro, or kochuas it’s called in Bangla, is one of my favourite greens. The dark purple stalks, sautéed and tempered in mustard oil, with a hint of nigella seeds for that bitter taste, or the dark green mushy leaves cooked with shrimp — all heavenly delights, and almost staple in our rustic ‘deshi’ cooking. In fact, there are so many variants in the taro family that the dishes prepared with it in our kitchens are countless as well, and packed with flavours in the superlative.

The reason why I am all soppy about taro is because recently, I have once again been reminded that there is no end to how one can cook taro. One of my friends, many years junior, served me a quintessential Bengali fish — hilsa rubbed in mustard paste, with roughly cut shallots and green chilli for added punch. The fish steaks wrapped in taro leaves and steamed over boiling rice were divine, and any other adjective would fall short. 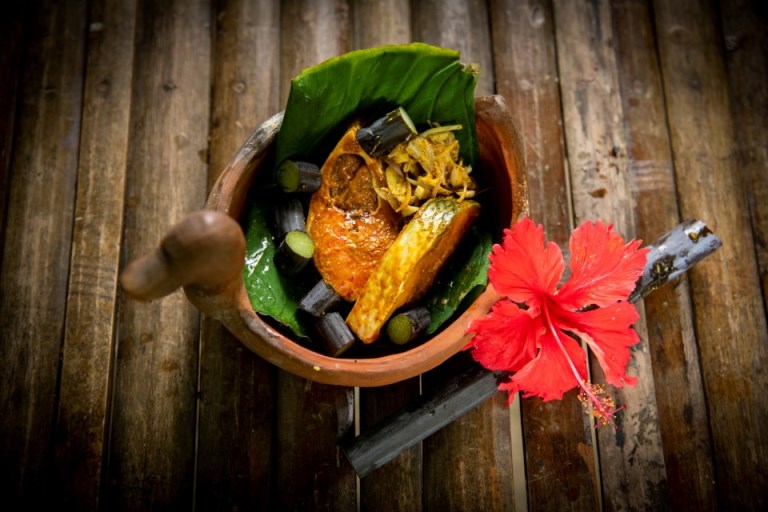 Maybe the entire setting of her house added to the ambiance and a bit of un-mindfulness in me. Her wooden two-storeyed house, built far away from the bustling city, is hidden amidst big trees, and plants and unkempt bushes; the smoke rising above her mud stoves as she added firewood — all seemed like figments from my dreams, only that it was an everyday reality for her.

Her menu for the day was khichuri, which is the customary breakfast in the villages. Only she tweaked her recipe by making it with brown ‘aman’ grains. The plump red rice, mixed with few lentils and served hot with omelettes straight from the wok to the plate, and a dash of pure ghee on the side. Heavenly manna! Aman — deep water paddy, orbona aman dhan— has a sweet taste to it, the paddy grows with rising water between July to September, and the matured paddy is harvested between November to December, after the recession of water. This is a commoner’s grain, but the brown variant is a rare comfort food.

The midday snack was the seasonal toddy palm cakes, ortaaler pithaas it is known in Bangla, with cups of hot tea. Toddy palm has a stiff brown exterior and a jelly-like interior, and a common saying in our villages is that the unbearable Bengali month of ‘Bhadra’ summers are only for the toddies to ripen.

It takes a patient and meticulous cook to make rice cakes with it; the ochre colour, and a mildly sweet taste makes it a perfect snack for mid-mornings, or the evenings. Lunch as I said, was great. Added to the steamed hilsa, wrapped in taro leaves and taro stalks, sautéed in garlic was the black nigella paste, grounded with a slice of garlic in oil, the unprocessed peanuts roughly chopped and mixed in mustard oil, shallots, green chillies punctuated with coriander leaves, and to add to all these ‘bhortas’ was the Bengali special, dry red chilli paste in oil.

Sipping coconut water and listening to my friend sing soulful Bangla songs against the golden sundown, it was a perfect reminder that rustic ‘deshi food’ and settings beat all fancy cuisines we yearn for in the city, day in and day out. I think it is time again to devour local cuisine, soaking under the deshi sun.

Contours of China’s engagement with the Middle East