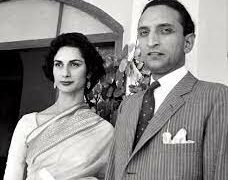 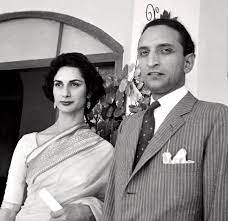 Islamabad, Jan 31, 2016 (Prothom Alo): Sahibzada Yaqub Khan left this world at 95 with a smile on his face. Very few people knew about the pain hidden behind his smile. He was a soldier tuned diplomat and never liked wars. Few years back he talked about Sullivan brothers killed in 2nd World War. He narrated the story of five brothers in a gathering at a university in Islamabad. These brothers were serving US Navy together as Sailors on a ship called USS Juneau. Japanese attacked their ship in 1942 and all five were killed. Sahibzada Yaqub Khan said brothers were unlucky because they were killed together. After a brief pause he said but they were lucky because they were serving in a same Army to fight a common enemy.

He never shared his personal war experiences which always haunted him till his death. Sahibzada Yaqub Khan and his brother Sahibzada Yunus Khan served together in British Army as young officers during 2nd World War. Both earned Indian General Service Medal (IGMS). Yaqub was captured by Italian and German Army near Egypt-Libya border in 1942. He learned Italian and German languages during his captivity. He was released after the war was over. The year 1947 separated the two brothers who belonged to the royal family of Rampur. Major Sahibzada Yaqub Khan opted for Pakistan Army and his elder brother Major Sahibzada Yunus Khan decided to serve Indian Army.

Within one year both Khans were leading their battalions from opposite sides in 1948 in the mountains of Kashmir. The two brothers met face-to-face with guns in their hands spitting out bullets in rapid fire. A bullet fired from the gun of Major Yunus Khan injured Major Yaqub Khan.When elder brother realized that he injured his younger brother he shouted “don’t grieve Chotey. We are soldiers and we did our duty”.Later on Colonel Maneckshaw and Colonel Jasbir Singh of Indian Army commended Major Yunus Khan but also said sorry for his brother Yaqub. The two brothers never contacted each other again because they were serving in opposite Armies until 1960 when Yaqub married an Indian girl Tuba Khaleeli from Kolkata. Yunus sent greetings to his younger brother in Pakistan on his marriage. Yaqub commanded an Armored division of Pak Army during India-Pakistan war of 1965 but at that time his brother Colonel Yunus was retired from Indian Army.

Same Sahibzada Yaqub Khan became a three star General in Pakistan Army in 1971. He was appointed Commander of Eastern Command in Dhaka. In the first week of March 1971 he was ordered to launch a military operation against Awami League lead by Sheikh Mujibur Rehman.Lt.Gen Sahibzada Yaqub Khan advised military dictator General Yahya Khan to avoid using gun power against democratically elected leaders. He informed military dictator in writing that transfer of power to Sheikh Mujib was the only solution of the crises. When Yahya refused to listen his Commander on ground Sahibzada Yaqub Khan resigned. Initially he became target of dictator’s anger but later on he was proved right. Pakistan was divided but he got respect due to his refusal and resignation. At least he was not part of any crime.

Zulfiqar Ali Bhutto knew that Sahibzada Yaqub Khan had command on more than 10 languages including French,German,Italian,Russian,Persian and Arabic.He appointed him Ambassador in France in 1972. When General Ziaul Haq toppled the government of Bhutto in 1977 Sahibzada was serving as Ambassador in Moscow. He once again decided to act courageously. He advised military dictator General Zia not to hang a politician but Zia never listened to him and hanged Bhutto. General Zia appointed Sahibzada Yaqub Khan as his Foreign Minister in 1982. Same year Sahibzada Yaqub Khan travelled to Delhi in his official capacity and met his brother after 36 years. They embraced each other with tears in their eyes and never discussed what happened in 1948.

Next few years Sahibzada Yaqub Khan was the smiling face of Pakistan’s foreign policy which was actually controlled by a military dictator who created private militias to fight Soviet troops in Afghanistan. It was in 1986 when general Zia shared a plan of capturing Kargil with his foreign minister. This plan created by some military commanders of Pakistan Army was totally rejected by Sahibzada Yaqub Khan. Luckily General Zia agreed with his foreign minister and this operation was abandoned. After few years Prime Minister Benazir Bhutto informed his cabinet ministers including Sahibzada Yaqub Khan that Army want to capture some strategic heights in Kargil.Again it was Sahibzada who militantly opposed the idea and forced Benazir Bhutto to say a big no to that adventure. Unfortunately third time this plan was not shared with the political government in 1999 and Pakistan faced lot of problems due to that misadventure.

Sahibzada Yaqub Khan was the longest serving foreign minister of Pakistan. He served with Dictator Zia and also served with elected leader like Benazir Bhutto and Nawaz Sharif. He negotiated the withdrawal of Soviet troops from Pakistan very successfully. He was a legend in diplomacy. He knew nearly a dozen languages and Henry Kissinger once told him that he had an unfair advantage in the arena of diplomacy. He was not a perfect man but he always chased perfection and attained excellence. In his last days he was quietly advising the government of Nawaz Sharif to remove misunderstandings with neighbors’ asked him many times to write his memoirs. Once he said that “I don’t want to make tamasha of my personal pains and gains”. He said I cannot tell my story without mentioning my brother who served India. He did his job. I did my job but we fired bullets on each other. I can’t write all this. He started from Rampur in 1920 and finished in Islamabad on January 26th 2016.He always wanted to have peace with his brothers and sisters in India. He never believed in wars. I must say that it’s not the story of two brothers or two Khans. It’s a story of two countries that need peace.