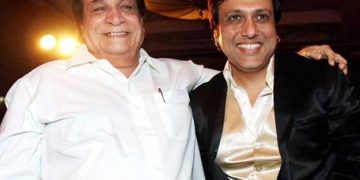 The late Kader Khan was Balochistan’s gift to Bollywood

The late Kader Khan was Balochistan’s gift to Bollywood Karachi, January 2 (Express Tribune): The first time I became aware of Kader Khan’s possible Pakhtun connection was when a Pathan friend observed how Kader spoke exactly like his uncle.

Perhaps it was the combination of the gruff in his voice and the fair complexion that gave Kader a unique sense of ownership among the pre-dominantly Pakhtun population of Quetta in the 90s. Combine that with his prime roles as the smart-yet-annoying father in a series of Govinda films and you’ll have the making of a star that superseded screen magic.

For the Quettawals, he was one of them. However, like his legacy as an actor, Kader’s connection with Quetta and Balochistan went beyond the 90s. The 81-year-old passed away on Tuesday leaving fans aggrieved and questions about his lineage and family connection to Balochistan unanswered.

Members of fraternity and several accounts documented in news articles confirm that Kader’s family shared a significant connection with the province. Contrary to popular belief of him being the stereotypical ‘Khan’ Pakhtun from Quetta, Kader belonged to the Kakar tribe of Pakhtuns who originally hailed from southern Afghan province of Kandahar hence making him a Kandahari Kakar.

The only Kakars indigenous to Quetta are the Bazai tribe and he probably wasn’t one, confirms Usman Qazi, an old inhabitant of Quetta with past associations with radio, TV, political and cultural activities.

The Pakhtuns themselves have varied accounts of the actor’s connection to the region but what they all tell his story like that of a Pakhtun they are proud of. Shahzad Kakar is a doctor based in Nottingham who hails from the Kakar-dominated district of Pishin.

“We were raised with the story of Kader Khan being one of the Kakars who made it big,” recalls Shahzad. “In fact it is common knowledge among the Kakars and Pakhtuns based in and around Quetta that the actor’s mother belonged to Pishin.”

In an interview with Shamshad TV, Kader himself confirmed his Kakar lineage and his Pishin connection. “My mother belonged to Pishin and my father was from Kandahar and I am a Kakar by birth,” he says.

If fan theories and past precedents are to be connected, then Kader dropped his ancestral name for a smoother entry into Bollywood. It is quite likely that Kader himself didn’t spend any time in present-day Pakistan but his family continued to maintain a very strong and significant bond with Quetta city.

His cousin Akbar Khan Kakar hosted one of the most popular shows on Radio Pakistan, Quetta, called ‘Killi Walo Da Para/For the People of My Village. His daily program had two characters – Malak and Akhtarai who promoted the state policy in a fictional and conversational manner.

Abid Rizvi, who retired as General Manager Radio Pakistan Quetta after serving for more than 30 years, considers Akbar’s show one of the most impactful programmes of that time. “The show was so popular that a lot of people believed it was the driving force behind the fall of USSR in Afghanistan,” Rizvi tells The Express Tribune.

“When Akbar would leave the radio station he would lie down to stop people from chasing his car. He was a celebrity.” While Akbar’s prowess as Radio star is common knowledge amongst the aficionados some believed that his resemblance to Kader also had a key role to play. “He was a slightly darker lookalike of Kader and the resemblance was uncanny” says Qazi.

“I saw him virtually every day walking to work and listened to his program while working in far-off places of Balochistan.”

Rizvi remembers that Akbar and Kader were cousins, not brothers, but everyone else in Quetta believed the contrary, including Akbar’s own son. Qazi recalls how Akbar’s son Nadeem once showed him a dog, boasting his uncle Kader had sent from India.

Akbar was permanently employed with Municipal Corporation in Quetta but his decade-long stint with the radio turned him into a star by all standards. He was also awarded Tamgha-e-Imtiaz by the government of Pakistan for his contribution to radio.

Not to take away from Kader’s on-screen charisma and exceptional dialogue writing but it is quite possible that it was Akbar who gave Kader such a special place among the people of Quetta and Balochistan’s Pakhtun belt.

In fact Kader himself had expressed his concern stating Pakhtuns are very smart people but regrettably they are backward in education. Or perhaps it was a bit of both.

The fact that there is some truth to the myth of the Pishin star is enough for the story and the association to prevail. Kader Khan may have taken his final bow but he continues to live as much on the screens of Quetta-Karachi coach services as he prevails as the pop culture icon of the Kakar tribe and Pakhtuns.