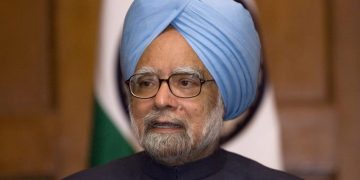 “The India that we cherish is slipping away fast”, warns Dr. Manmohan Singh

“The India that we cherish is slipping away fast”, warns Dr. Manmohan Singh “The current situation is very grim and morose,” he wrote in a sharply critical op-ed in The Hindu newspaper.

The article comes in the wake of the most violent riots to take place in capital, Delhi, in decades.

Mr Singh also referred to slowing growth and the possibility of a coronavirus outbreak.

More than 50 Indians have died in recent religious riots sparked by clashes over a controversial citizenship law in Delhi.

“The India that we know and cherish is slipping away fast. Wilfully stoked communal tensions, gross economic mismanagement and an external health shock are threatening to derail India’s progress and standing,” Mr Singh wrote.

He said he worried deeply that “this potent combination of risks may not only rupture the soul of India but also diminish our global standing as an economic and democratic power in the world”.

Mr Singh, who belongs to the main opposition Congress party, was the prime minister from 2004 to 2014.

Mr Singh said it was “well accepted” that a lack of new investment from the private sector only highlighted a “floundering” economy.

“Social harmony, the bedrock of economic development, is now under peril. No amount of tweaking of tax rates, showering of corporate incentives or goading will propel Indian or foreign businesses to invest, when the risk of eruption of sudden violence in one’s neighbourhood looms large.”

The former prime minister said a lack of investment meant fewer jobs and lower incomes, leading to diminished demand in the economy.

“A lack of demand will only further suppress private investments. This is the vicious cycle that our economy is stuck in.”

Mr Singh also addressed the threat of coronavirus in India, saying the country needs a “full-scale operation” to deal with the health crisis. He warned that an outbreak would have a significant impact on Indian business.

“India’s economic growth was already tepid and this external health shock is bound to make things much worse.”

Mr Singh concluded his article with some advice to the ruling Hindu nationalist Bharatiya Janata Party (BJP) government, saying they must “reassure” the country.

He said the government should embark on a “three-point plan”: containing the coronavirus threat, withdrawing or amending the citizenship law and a fiscal stimulus to boost demand and revive the economy.