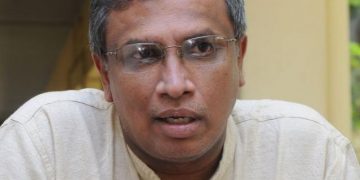 Colombo, October 16 (The New Indian Express): The Tamil National Alliance (TNA), which is highly dissatisfied with the Sri Lankan government’s new draft law to replace the existing draconian Prevention of Terrorism Act (PTA), is confident about getting it  modified when it comes before the relevant oversight committees of parliament.

TNA MP M.A.Sumanthiran said on Sunday, that he would take it up when it comes before the two relevant Parliamentary Oversight Committees, the one on Justice and the other on National Security, at the end of this month.

“I am a member of both and am confident of success,” the Supreme Court Senior Counsel turned political leader said. He said he has several Supreme Court observations to back his claim.

The draft law says that a detainee under the new law ( as under the PTA) would not be entitled to legal assistance before or during the recording of the first statement to the police. The detainee can get an attorney’s help only  48 hours after a police officer had recorded the first statement or after arrest, which ever occurs first. Secondly any statement made to a police officer not below the rank of a Superintendent of Police is admissible as evidence in a court of law.

But Sumanthiran said that it is well  known and well documented that the police resort to torture to extract a confession in the very first statement made to them.

“There are innumerable cases in which the Supreme Court has castigated the prosecution for extracting confessions  through torture and have asked the police not to repeat it. But this is routinely flouted,” the TNA MP pointed out.

He admitted that in several countries the anti-terror law has similar provisions. But added that these are due to “social conditions” prevailing in those countries. According to him, the Sri Lankan situation has undergone a change after the war ended, and the rules which existed during the war cannot continue to be applied now.

Moreover, Sri Lanka has pledged to the UN Human Rights Council in September –October 2015, that it will repeal the PTA and replace it with a law which is in tune with international best practices as regards anti-terror legislation.

Sumanthiran warned that th ehuman rights conscious European Union (EU) will not agree to restore GSP-Plus tariff concessions to Sri Lankan products if the PTA is not substituted by a satisfactory anti-terror law. Sri Lankan Prime Minister Ranil Wickremesinghe is currently in Brussels to urge the EU to restore the concessions.

Moreover, the UN Special Rapporteur on Minority Issues, Rita Izsak Ndiaye, is currently touring Sri Lanka to report on minority issues. Her report may have adverse observations on this issue.

Sumanthiran pointed out that earlier, when the Law Commission was asked to present a draft law, it  had recommended the deletion of the offensive clauses. But when the government put that draft  before security officials, they objected to it strongly and forced the government to retain the existing provisions.