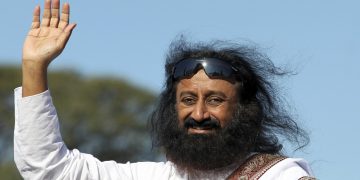 New Delhi, March 8 (India Today):  The Ram Janmabhoomi-Babri Masjid dispute is in its final stages in the Supreme Court but Sri sri Ravishankar who is trying to mediate an out of court settlement on the issue believes it has the potential of turning India into a Syria if not resolved amicably.

Speaking exclusively to India Today News Editor Padmaja Joshi, The Art of Living founder explained why he thought a mutual settlement was the only lasting solution to the long festering issue.

The spiritual leader said that irrespective of who the judgment eventually favours, there would be unrest and a ‘feeling of betrayal’ on the other side. This according to him could push the ‘loser’ towards ‘extremism’ and create a Syrua, Middle-East type of situation’ in the country because of the resultant divide between communities.

The suggestion of a civil war however has been soundly rejected by the both the Shia Waqf Board and BJP leader Subramaniam Swamy who is a strong supporter of constructing a Ram temple at the site.

Asked whether this would not set a bad precedent by undermining the courts’ authority on such matters, Sri Sri elaborated that, in the birthplace case any judgement would be almost impossible to implement for any government.

He said, ‘Conflict will continue to simmer’ in hearts and minds of people. ‘Can any government remove Ram Lala from where he is now, even if the SC says so? Implementation is not an easy task’

‘What if 50 years later, Muslim youth feel betrayed? This sort of claim will continue to arise.’

He added, ‘My suggestion is that both communities come together and there is give and take’

The principal Ayodhya negotiator was also unimpressed with suggestions that in the interest of communal amity, the disputed site could be used for either construction of a hospital or a school.

“It’s absurd that people are ok with foregoing masjid land for a hospital, but not for the temple. You can’t say from a drawing room that you will build a hospital there. This is a question of faith of crores or people.. you can’t attack it,” he said.

Finally, for everyone with doubts over the entire process, including the VHP and RSS, he only had the tacit analysis. ‘Anyone who opposes peaceful settlement is thriving on conflicts. People oppose when they don’t understand gravity of situation ‘ he said.

That, of course, did not stop the criticism from flowing in nonetheless.

In Ayodhya, both parties to dispute, the Nirmohi Akhada and Sunni Waac Board vehemently opposed the suggestion that an adverse Court judgment for their side would result in communal disturbances.

Even Wasim Rizvi of the Shia Waqf Board, who has met Sri Sri as part of the mediation effort disagreed with the Syria comparison.

The suggestion that India could mirror the Middle East unrest seemed to have touched a chord across ideologies. BJP MP Subramanian Swamy, a strong proponent of the mandir at Ayodhya, too agreed that the possibility of a civil war in the aftermath of the Supreme Court judgment was farfetched and only Sri Sri’s personal opinion.

(The image at the top shows Sri Sri Ravishankar, founder of Art of Living Foundation)