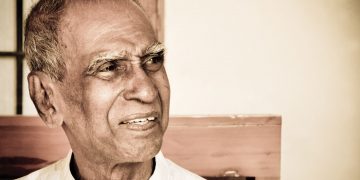 Amaradewa was hospitalized following a cardiac emergency. He was being treated at the Intensive Care Unit (ICU) of the Sri Jayawardenapura Hospital.

In 2003 the French government awarded him the prestigious honour Officier (officer).

Notably he still remains the most popular artist as confirmed by Nielsen Media Research findings.

He has also represented Sri Lanka in many forums including the UNESCO 1967.

Amaradeva was a Sri Lankan vocalist, violinist and composer. Primarily using traditional instruments like sitars, tablas and harmoniums, Amaradeva incorporates Sinhala folk music with Indian ragas in his work. Many consider Pandit Amaradeva’s contribution to the development of Sinhala music as unmatched.