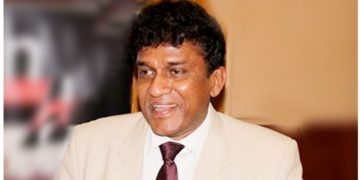 Colombo, November 6 (The New Indian Express): To address the ethnic question, Sri Lanka’s draft constitution is likely to suggest implementation of the existing 13 th. Constitutional Amendment (13A) with an additional provision for a Second Chamber in parliament but without a merger of the Tamil-speaking Northern and Eastern province, says Mano Ganesan, Minister of National Co-Existence and Official Languages.

The Muslims and Sinhalese are highly unlikely to accept a merger of the Northern and Eastern provinces out of the fear that they will become permanent minorities in a Tamil-dominated merged province. Additionally, as per 13 A, the issue of merger has to be decided by a referendum in the multi-ethnic Eastern Province where two thirds of the population are Muslims and Sinhalese.

Given this reality, the Constitutional Assembly (CA) is unlikely to suggest a merger of the North and the East to form a single Tamil-speaking province as proposed by the 13A.

To compensate for this, the CA might suggest the setting up of a Second Chamber in parliament to give representation to the Tamils and other minorities who presently complain that they is no equitable sharing of power at the national level, Ganesan said.

Ganesan, who leads the Tamil Progressive Alliance (TPA) which represents the Indian Origin Tamils, suggests that all Tamils should accept what emerges from the deliberations in the CA and continue to  struggle for more in a democratic way.

Ganesan says that the Tamils should not miss the opportunity provided by the new constitution as they had done earlier.

“The political history of modern Sri Lanka is one of missed opportunities by the Tamils and broken promise by  the Sinhalese,” he told Express on Saturday.

Recounting the events, Ganesan said that the Tamils rejected  13 A based on the India-Sri Lanka Accord of 1987, and the LTTE went to war with India. After talks with Presidents Premadasa and Chandrika Kumaratunga broke down, war again ensued. But  undaunted, Kumaratunga proposed a liberal constitution by which Sri Lanka was to be a Union of Regions, virtually federal. But this was also rejected. Then came the Oslo Declaration of 2002, in which the Sri Lankan government and the LTTE’s negotiator Anton Balasingham pledged to work for a federal constitution. But LTTE chief Prabhakaran rejected it and war ensued.

After the defeat of the LTTE in 2009 and the replacement of the hawkish President Mahinda Rajapaksa in 2015, the Sirisena-Wickremesinghe regime embarked on drafting a new constitution to address issues of democracy, ethnic harmony and devolution of power.

The various sub-committees of the Constitutional Assembly have submitted their reports, based on wide public consultations, to the Steering Committee comprising leaders of all parties in parliament. The Steering Committee, of which Ganesan is a member, will submit its recommendations to the CA, which according to Ganesan, is likely to debate and vote a new constitution by the Tamil and Sinhalese New Year in April 2017.

While accepting that devolution of power to the Tamil province is a key issue for both the Tamils and Sinhalese, Ganesan believes that ethnic reconciliation is linked to several other issues, principally the language policy. The current dominance enjoyed by the Sinhalese language is preventing the Tamil-speaking communities, which make 25 percent of Sri Lanka’s population, from communicating with the government and vice-versa.

Ganesan said that as Minister of Official Languages, he has given several suggestions to make government institutions bi-lingual, but these have been “put in cold storage.”

One of them is to appoint “professional translators” in every state unit so that documents, forms  and communications are available in Tamil too. The other is to recognize 72 of the 320 administrative sub-divisions in the country as “bi-lingual” and appoint officers and staff who are bi-lingual.

Ganesan believes that the present policy of making everybody learn Tamil or make bilingual ability compulsory after recruitment, has failed.

“It is better to appoint professional translators and insist on bi-lingual ability in select sub-divisions rather than expect everybody to acquire a working knowledge of Tamil,” he said.

Stressing the importance of a sound language policy for ethnic reconciliation, Ganesan said: “ I have told the President that if the language issue is solved, 51 percent of the ethnic issue will have been solved.”