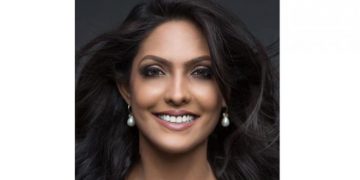 She beat contestants from 51 countries.

December 7 (EconomyNext) – Caroline Jurie from Sri Lanka has been crowned Mrs. World at a pageant held in Las Vegas USA on December 06, more than three decades after Rosy Senanayake won a similar title.

She beat contestants from 51 countries.

Rosy Senanayake won the crown in 1984 at the finals held in Australia, at the inception of the contest. She was the first to win the title and Caroline is the second.