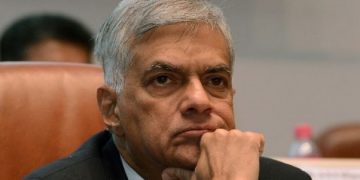 Colombo, April 4 (newsin.asia) – Minority parties have pledged their support for Prime Minister Ranil Wickremesinghe as he faces a crucial no confidence motion in Parliament on Wednesday.

The main opposition Tamil National Alliance is yet to convey its decision.

If Wickremesinghe loses the no faith motion in Parliament, it will pave way for the Sri Lanka Freedom Party (SLFP) headed by President Maithripala Sirisena to form its own government, ousting the UNP. The SLFP has garnered the support of the Joint Opposition, headed by former President Mahinda Rajapakse.

The no faith motion will be debated in Parliament for 11 hours and a vote will be taken at 9.30 pm on Wednesday night.