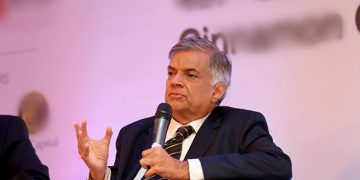 “The time has now come to think of a new arrangement to strengthen economic and trade link among members of the British Commonwealth”, Wickremesinghe said, adding that the Kotte declaration, made in Sri Lanka, following a summit meeting in 2013, can be used as a basis for economic integration.

Britain sent shock waves throughout the world after it voted to leave the EU in June, a move which Wickremesinghe had said would put ‘Britain’s economic success in danger.’

In  an opinion piece written to a British newspaper, just before the June vote, Wickremesinghe said the IMF Spring Meeting of 2016 had concluded that the outlook for global economic growth had worsened, and one of the greatest risks to the health of the global economy was the possible exit of the UK from the EU, which would potentially lead to further financial turbulence.

“We in Sri Lanka – as well as many other Asian countries – cannot afford further financial turbulence and another global economic downturn,” he wrote.

“So we are very concerned about the probable impact of a British exit from the EU – on the global economy, on Sri Lanka, and on the UK.”