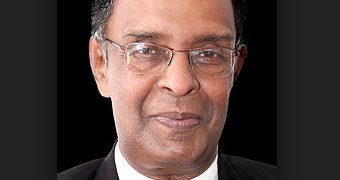 Colombo, August 24 (NIA): The Sri Lankan Minister of Resettlement and Prison Reforms, D.M.Swaminathan, has reported steady progress  government is making in reviewing and following up cases of Tamils detained under the Prevention of Terrorism Act (PTA).

Answering a question put by R.Sampanthan, Leader of the Opposition and the Tamil National Alliance (TNA) in parliament on Tuesday, Swaminathan said that the Attorney General is to submit a review of 78 PTA case trials by September 15.

The review will consider the number of detainees who can be subjected to lesser sentences and the number of those who could be sent for rehabilitation.

Swaminathan informed the House that 112 files of PTA cases were sent  to the Attorney General’s Department for advice and out of these 108 were concluded by end of 2015.

He further said that in 2016, 16 cases under the PTA were received by the Attorney General’s Department for advice. During this year, nine suspects detained under the PTA have been recommended for rehabilitation, 27 have been discharged from proceedings, and seven indictments have been forwarded to the High Court.

The Minister said that commencing from November 11, 2015, 39 suspects who were in remand for offences under the PTA, have been enlarged on bail with the sanction of the Attorney General.

Minister Swaminathan pointed out that further steps are being taken by the Attorney General’s Department to review and reconsider cases under the PTA and added that three such cases were concluded this month by reducing the charges to facilitate expeditious conclusion of trials.

The continued detention of Tamils under the PTA has become a major political issue for the Tamil political parties and a highly emotional issue for the Tamils population. The Tamils describe them as “political prisoners” but the Sri Lankan state and the Sinhalese polity consider them as “terrorists”. While the Tamils are incensed that they should remain in detention ,often without being charged, even years after the end of the separatist war, the majority community feel that they could still pose a danger to the country. The Tamils’ argument that they should be given a general amnesty as the Sinhalese insurgents ,the Janatha Vimukthi Peramuna (JVP) was given in 1971 and in the late 1989, is rejected by the majority community as well as the government.

The Tamils detainees have go on fast more than once to press their case of outright release or rehabilitation for a year to be followed by release. They pointed that under the Mahinda Rajapaksa government, 12,000 alleged LTTE cadres underwent “rehabilitation” in Sri Lankan army run camps for a year and then released.

The UN Human Rights Council (UNHRC) and the UN High Commissioner for  Human Rights have consistently asked the Sri Lankan government to review the cases of the detainees, repeal the draconian PTA and replace it  with another anti-terror law more in tune with international best practices. And the Sri Lankan government has consistently promised to do so.

The Rajapaksa government did release 12,000  but these had not been booked under the PTA. They were either fighting cadres of the Tamil Tigers or were helpers and auxiliaries who were not involved in terrorist strikes against civilians in South Sri Lanka. The ones in jail on remand or undergoing trial are persons who had allegedly indulged in terrorism.